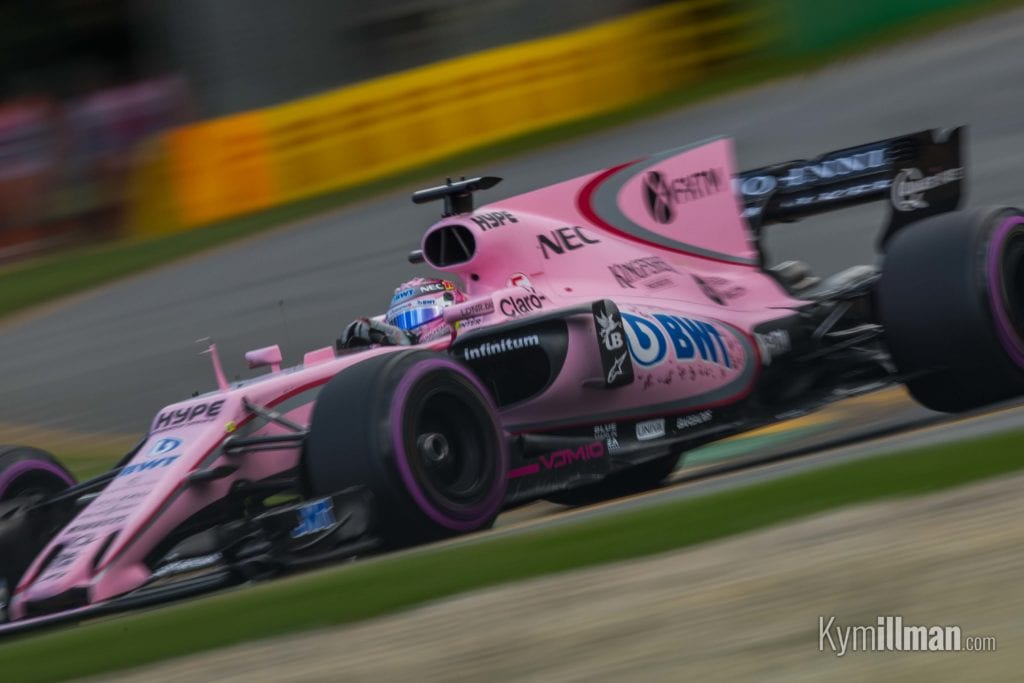 Back to Formula 1 gallery SATURDAY, Day 3 of the Australian Grand Prix and dark clouds and strong winds threatened to drop rain on the track in the morning.  But by 11am it had started to warm up as the drivers entered the paddock, ahead of free practice session 3 and qualifying.

F1 past greats Jackie Stewart  Niki Lauda were in attendance. And Alan Jones and Mark Webber were doing their TV presenting on the Melbourne Walk. Daniel Ricciardo caught up with cricketing great Adam Gilchrist prior to doing a stage appearance just outside the Paddock, to around a thousand or so who had assembled. On his return, I could see Daniel was heading towards the team garage so I raced ahead of the pack and positioned myself so that I could get the Red Bull team logo in the shot as he walked into the garage.  Thankfully and by pure fluke, he chose to stand at the garage door looking out for a minute or so. It was then simply a matter of moving slightly left or right to dictate how much of his face and body was visible. I was lucky enough to score a pit pass for the final practice session. They are allotted by ballot and as a result I had access to the hectic goings-on in the pit lane for the full 60-minute session. It was a thrill and only once did a mechanic have to pull me (and three other photographers) out of the way of an incoming car. After practice I headed back to the media tent to download some pics and decided to head to turn 6 for the qualifying session. I boarded the media bus (it runs around the circuit every hour or so when there’s no action on track) and we were at the turn in a couple of minutes. This turn is a right hander but 100m before it, there are a couple of bumps that cause certain cars (Red Bull and Force India) to bottom out – but only on the first couple of laps when they’re carrying heavier fuel loads.

Now I’m shooting through the fence here, as there is no cut out hole and because the 600mm lens has such a wide diameter and is pushed right up next to the metal, you simply don’t see the fence. I settled on a shutter speed of 1/80th of a second as I wanted the sparks to have some length to them. If I’d gone to a 500th, I would have the car much sharper but the sparks would have been dots.  If I’d gone to a tenth/sec, the sparks would have looked over-exposed and would have melded over each other. I only focused on shooting the Red Bulls and Force Indias as they barrelled through the bumpy area doing a couple of hundred kms/hr and would press the shutter at the point just prior to them hitting the bump and shutter for about two seconds, giving me 28 chances to get a winner.

At this speed you need sharp skills and/or plenty of luck to get the car crisp and the maximum sparking, I was definitely lucky, snaring these shots of Max Vestappen very early on in the session. I used Tv mode on the 1DX Mk2 and underexposed by about two full stops and was helped out by the cloud cover. The 1DX Mk2 is a much better camera than the Mk 1, and being able to reel off 14 frames a second gives me 15% more images to choose from over the Mk 1. However the car is out of focus on the majority of shots.  Of course, every photographer here will have a percentage of blurry shots shooting cars at this slow shutter speed, it’s just that the super pros have few fewer than the rest.

The remainder of qualifying was spent waiting for a bigger and better sparks shower but it never came so I focused on honing my panning skills. The deal here is trying to get the helmet of the driver sharp which is no mean feat. With one day left of the first Grand Prix  for 2017, I look forward to it with much anticipation.