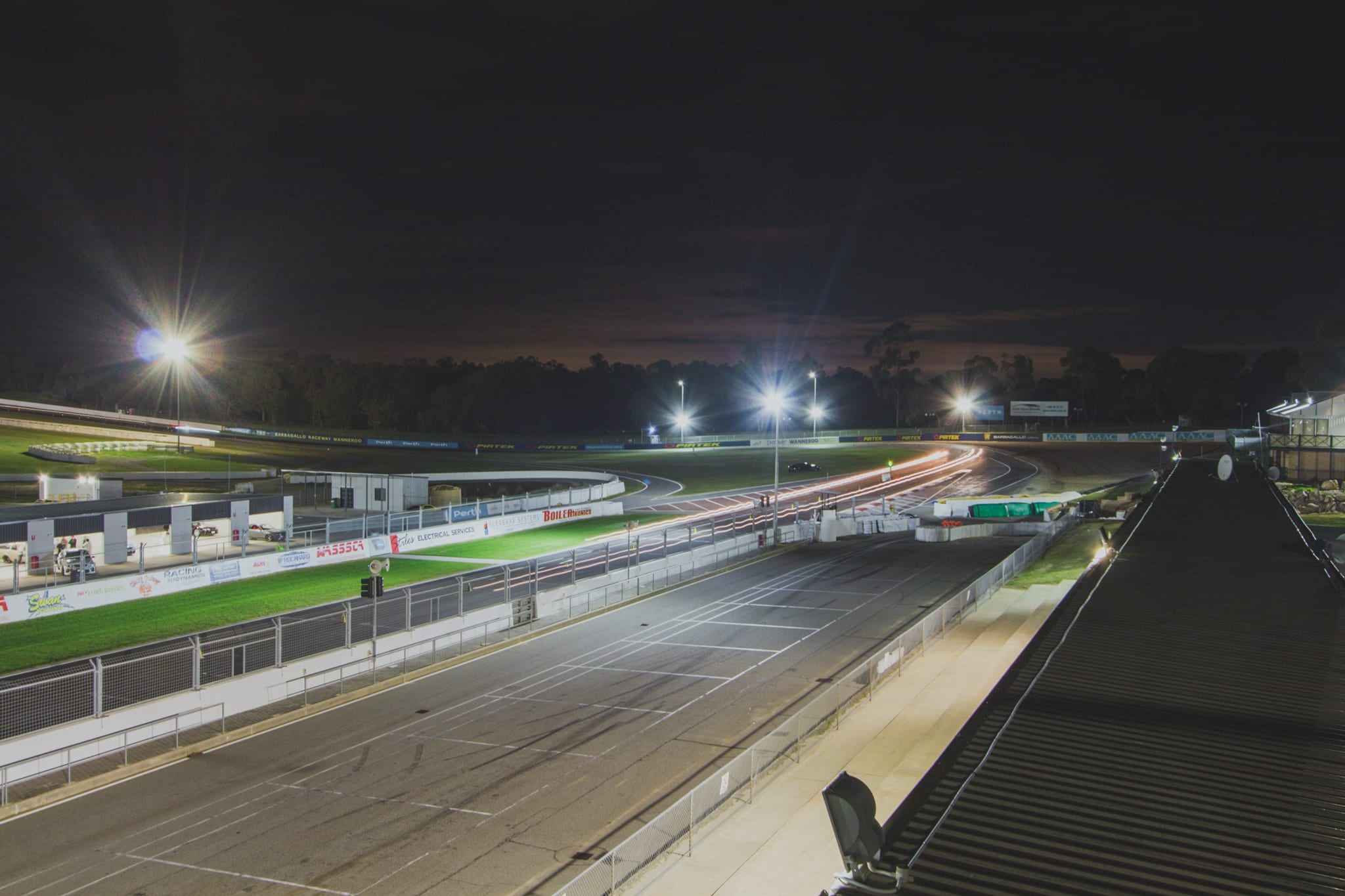 Wanneroo Ready for Racing Under Lights

The WA Sporting Car Club’s 2020 season comes to a spectacular finale at Wanneroo Raceway this Saturday with the Nightmasters wrapping up the last of the category championships, with others already decided last month.

The chase for titles features some close battles, including for second and third place in the Hyundai Excel series. Cameron Atkins currently sits third and has a new car ready to go after an incident at the October meet saw his ride retired.

HQs – Where Anything Could Happen

In the HQ Holdens, Michael Howlett goes into the finals with a handy 26-point lead over Rory Sharp, and anything could happen there. Behind them is a close battle for third, with Mick Woodbridge leading Dennis Russell by 17 points.

The exciting F1000 category takes to the track earlier in the event with privateer Stewart Burns leading Arise Racing’s Adam Lisle by just two points. Behind them Joseph Bergic and Jordan Oon are also separated by two points, vying for third.

Over in the Saloon Cars Pro-AM class, the field has a huge task to catch leader Marc Watkins or even Michael Holdcroft in second.

Grant Heading for Another Title

Up in the Saloon Cars Pro class, Grant Johnson has a comfortable lead while Brock Boley and Matt Martin will scrap for second, with Rick Gill nipping at Brock’s heels for third.

“It’s the last WASCC race event for 2020, as well as the thrill of night racing, and we’re going to have State and Club championships decided.

“It should be epic!”

“This has certainly been a challenging year for motorsport in Australia and in WA. The WASCC thanks all our competitors for their understanding and flexibility, and to our officials for their fantastic efforts.

“While 2021 is likely to throw plenty of curve balls at us, the WASCC team and Committee will be doing our best to conduct great events and get as many people as possible participating in motorsport at Wanneroo Raceway.”

Gates open at 12pm and Spectators are welcome to the park-and-view areas around the circuit for just $5 per car. Full access to the pit paddock to check out the cars and drivers is also on offer.