Not Much to Smile About 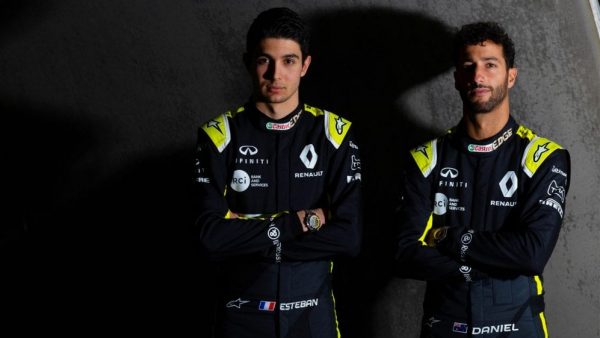 I doubt any F1 driver offered a seat with Ferrari would think more than twice, before uttering a muted – “Yes, please!”. Max Verstappen, the Red Bull darling, may just be the one exception. Both Aussie Daniel Ricciardo and his former RB teammate Sebastian Vettel, are out of contract at season’s end. As are a few others, including Lewis Hamilton.

Charles Leclerc has sealed a five-year deal with the Scuderia, so he’d not going anywhere but up. And likeable Ferrari boss Mattia Binotto confirmed this week Seb is their “first choice for 2021”.

But Seb really needs to ink his contract early, or lift his game dramatically in the next three races to clearly demonstrate – as a four-time world champion – he still has what it takes.

Another on thin ice is Lewis’ teammate Valtteri Bottas, despite his formidable form for much of 2019. No one coming out contract in this game is truly safe!

The fast-approaching Australian Grand Prix, March 12-15, Bahrain and the inaugural Vietnam GP (currently under an official F1 ‘monitor’ alert, due to virus fears) should narrow the options and give us a clear guide as to what’s what. And, crucially, what’s not!

It’s not easy to comprehend that Lewis, at the ripe old age of 35 and chasing a record seventh title, could leave Mercedes and plump for any Ferrari vacancy.  But there’s been talk and Silver Arrows chief Toto Wolff is doing his utmost to obviate that scenario. Lewis certainly is not after more money so it really is just what quirky role Mercedes can conjure up to spark the imagination interest the Brit for his future.

And that reminds me, Kimi-Matias Räikkönen – the unflappable Finn they call the Iceman – turns 41 in October!

As for our man Dan, he’s openly said he’s “answering all calls”. Let’s hope teammate Esteban Ocon pushes him to the limit!

F1 legend and Renault advisor Alain Prost says initial talks are about to get underway, but admits it’ll be a tough task to convince him to stay in 2021 based on the team’s performance this year alone.

“We have to say the truth. We don’t have a high expectation about this year.  So it’s a shame for Daniel – second year with not a lot (of expectation), but it’s going to be better.

“It’s going to be more his perception of what we could do for 2021, and also being realistic about the offers he is going to have from other teams.

“We don’t have everything in our hands, that’s for sure.”