Now isn’t this a Breath of Fresh Air! 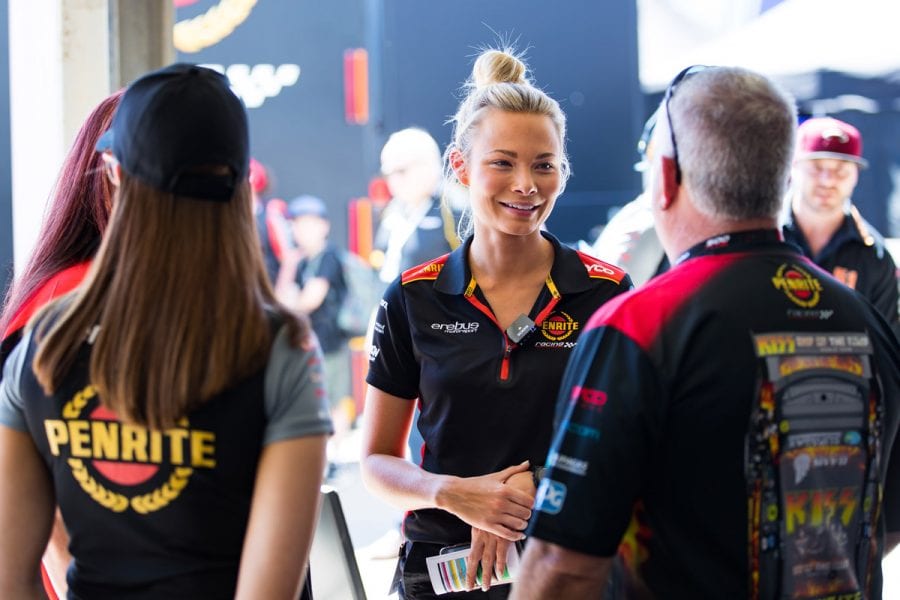 After four years in her communications portfolio Shannen, at 27, adds the plum MD title – created by CEO Barry Ryan – to her present duties to “spread the day-to-day load”.

“Shannen has shown over the years that she can handle the job. She’s been a key member in our team and demonstrated leadership and capabilities across multiple facets of the business.

“Shannen has handled a lot of the commercial aspects of the business on her own for many years.

“She helped put in place the programs for many aspects of Erebus, so she has earned the position on her own merits, her work ethic and her commitment to the team.”

Shannen joined Erebus Motorsport in 2016 as its Public Relations and Media Manager, after working with Walkinshaw Racing and Lucas Dumbrell Motorsport.

Exceptional, and passionate about her role

“Shannen is someone who is not afraid to take on any task and does not need to be pushed to work hard.

“Shannen is exceptional and passionate about her current role and I know that giving Shannen more authority to make the harder and bigger decisions will assist Betty and myself to focus on the core business and its growth.

“As a team, we are all taking on more than normal to ensure we get through these tough times and having the best and the most pro-active people in these important roles will keep our team strong and future proof it.”

“It’s a huge vote of confidence from Betty and Barry and I want to thank them both for having faith in me to do the job. We’ve built a reputation and a brand we are very proud of and I look forward to what lies ahead. I still have a lot to learn, but we have a great supportive team, so I know I have the backing of everyone which will make the transition a lot easier. ”

It’s a huge thrill for Jake who hasn’t raced since the Sandown 500 last year as a wildcard entry with cousin Brodie Kostecki.

Jake was set to race with the team at the Melbourne 400 but that was canned with him only contesting practice and the first two qualifying sessions before the event was cancelled.

“I’m happy to be racing the first round back at the Sydney SuperSprint June 27-28, which is going to be exciting. I’m really looking forward to it. The format is a bit like Super2, not exactly the same, but there are no fuel stops and it’s shorter racing. I think with the format we can surprise a few people.”