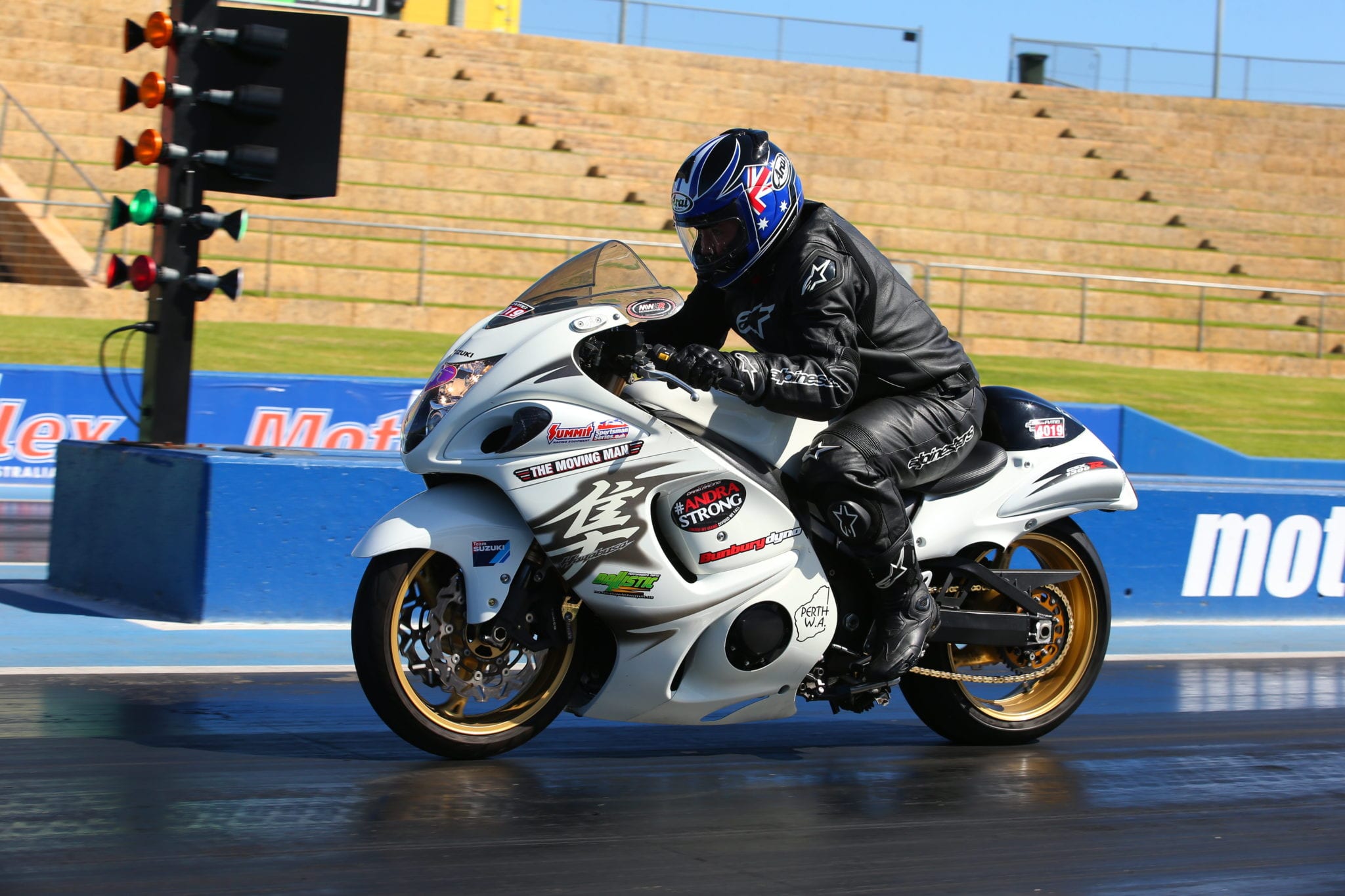 PROUD WEST AUSSIE RACER IAN READ makes his return to Alice Springs this weekend aboard his championship-winning 2008 Suzuki Hayabusa after making his debut in the Northern Territory in 2017.

The Alice Springs Inland Dragway hosts the first round of the 2019/2020 Summit Racing Equipment Sportsman Series – the Desert Nationals, across August 3 and 4 before round two – the NT Nationals – at Darwin’s Hidden Valley Drag Strip August 9-10.

Read, the 2015 Modified Bike Australian Champion, is looking forward to his first trip ‘up North’ in two years.

“These two tracks left a very good impression on my first visit, with both being run over the quarter mile and boasting a good quality of racing,” he said. “It will be a fun road trip again heading to Alice Springs from Perth and then up to Darwin in the Moving Man transporter with a chance to enjoy a change of scenery, some warm weather and more of Darwin on this occasion.

“The Desert Nationals as the season opener this year has a great racer and club atmosphere. With the ability to have up to five qualifying runs it’ll be most beneficial after the winter break. This year I’ll have a better understanding of the track conditions at both events, which are very different to my home track in Perth.”

When the account manager last visited the Alice and Darwin as part of the 2017/2018 Summit Racing Equipment Sportsman Series, he did so on his 2006 Suzuki Hayabusa.

“This time I’ll be racing my 2008 1340cc Suzuki Hayabusa which secured me the title back in 2015. It’ll be a bit of a homecoming for this bike as it originally came from Darwin. The bike’s being raced at a stock wheelbase unlike a number of stretched and purpose built drag bikes, but it still keeps them honest! Given I’m very familiar with my championship winning bike and following a consistent 2018/2019 season, it just made sense to remain on the smaller-engined 1340cc bike for our trip up North.”

Read’s ‘06 bike suffered engine damage in January 2018 requiring a rebuild of the 1441cc motor, which is nearing completion.

“My expectations are not too high as these will be both highly competitive Summit Racing Equipment Sportsman Series rounds. The Modified Bike bracket is always hotly contested and this season will be no different with a number of past and defending winners competing in good field sizes that seem to be increasing each year,” he said.

My thanks to Amanda Salmon – ANDRA Media and PR Officer www.andra.com.au