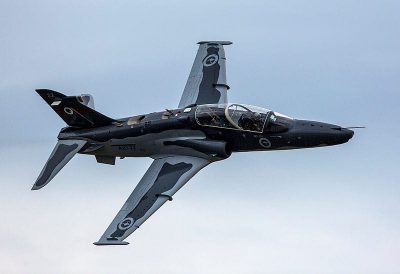 By any measure, the inaugural Pirtek Perth SuperNight was a great success, drawing a respectable crowd to Barbagallo Raceway of 31,160 over the three days.  That, according to Virgin Australia Supercars, was 23 percent up on the 25,333 12 months ago – an impressive hike, indeed.

The television figures were more than acceptable considering the main race, Round 12, clashed with the West Coast Eagles/Gold Coast Suns AFL match which drew 47,497.

The racing under lights was well worth watching and exciting, despite the ‘processionalism’ for which the Supercars and Super 2s are renowned. The GTs and Historic Touring Cars put on a great show. And the flyover was simply stunning – the Royal Australian Air Force Hawk 127 lead in jet fighter, out of nearby Pearce Base, was a display of precision that fired up the heart. And makes one proud to be an Aussie.

Impressive fan access to drivers and teams, grid-side fire blasts and a fireworks finale added to the spectacle.

The WA Sporting Car Club management team and staff deserves high praise for the presentation of the venue, while Trans Perth did a remarkable job of ferrying fans to and from suburban Clarkson to the circuit.

I doubt there are many major events in the country that have the transport issues sorted as well as the WASCC.

I used the service both Friday and Saturday and the one-way trip took no longer than 15-20 minutes. That’s a fine turnaround, even better than last year. Many of us recall the olden days, and traffic stretching back for miles! (I well remember one hot Sunday giving up, doing a U-turn, and heading home with my two young sons, after going nowhere for more than an hour).

And the venue looked healthily green despite no watering the grass for three weeks to allow the Supercars functionaries to bump in. The officials played a stellar role throughput the event.

For the first time the club, custodians of Barbagallo Raceway, has not had control of the event, instead opting to hire the circuit to Supercars. I reckon it was a smart move all around. And is the way of the future.

Fact is Australian production teams for many years have led the world in the presentation of sports television. Today’s ever improving technology just keeps on making it better.

The Fox/10 Supercars telecast is slick, it’s classy, it’s innovative, the on-air talent is first rate and the production is impressive. The dilemma of watching a brilliant telecast from the comfort of home is an ongoing one. Though I doubt it will ever deter the diehard!

From all reports Supercars are keen to return.  It’s pretty much down to the West Australian Government which stumps up a sizeable chunk of change to bring the caravan across the Nullabor to Perth.

They’re the arbiters of whether that eventuates although it’s hard to see them not repeating the exercise. The government is still copping it after blowing Perth’s World Rally Championship round years ago! There is no doubt Virgin Australia Supercars needs a round in WA.  Now Tourism WA has to convince its minister of the economic worth and he has to swing the cabinet. The 2020 calendar should be released in June.

Not up to Scratch

The only downside was the trucks. How anyone could consider a grid of 11 acceptable for a national championship event is beyond me. It was, however, an ideal time to go for a wander and there was plenty to interest fans around the venue – the grid walks in particular were a hit, attracting thousands!

But the NexGen truck category was not up to the spectacle of the Utes of old.   And definitely no match for the high-flying dramatics of the Stadium Super Trucks which so delighted local fans in Perth last year, and across the country.

Word in the paddock is there’s a strong move afoot to bring the SSTs back into the Supercars fold. Bring it on!

(If only I were clever enough to work out how to get the timing on my phone, I wouldn’t have to rabbit on about the lack of a Timing Tower at Barbagallo).