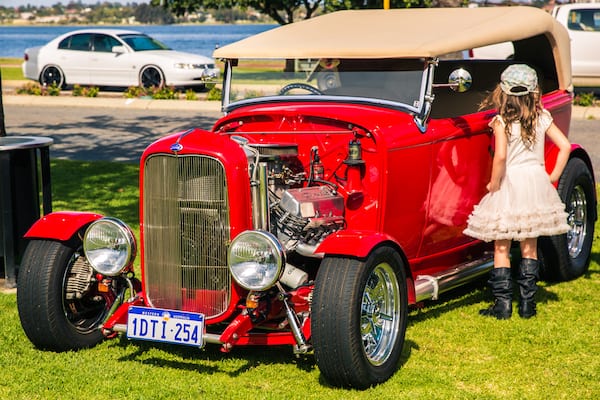 The popular Make Smoking History Targa West is on this weekend and RallyWA still needs officials to help make the event a success, particularly on Saturday. So, if you’re available and interested in helping out, please register your interest by clicking the link NOW!

The Celebration of Motorsport is one of the largest free-to-attend displays of racing machines Perth has seen and it’s on this Sunday at Langley Park – from 10am until 3pm. Together with the Shannons Classic on the Park 600+ stunning vehicles will be on display in the City of the Perth.

The Celebration features racing cars from all eras and disciplines including drags, speedway, drift cars, gravel rally cars and remote-control cars, as well as Soapbox racers, motorcycles and jet boats.

Highlights include 60 Minis celebrating the marque’s 60th anniversary and the mighty Aussie Invader IV on display, boasting its 6500lbs of thrust equivalent to 6500hp capable of reaching 450 kilometres per hour in just five seconds. There’ll be Supermoto bikes, considered the equivalent of RallyCross cars. Kids can ride pee wee bikes, there’s family entertainment, food vans, 96FM and interactive displays.  Shannons Classics on the Park is a collection of 300+ classics cars.

”It’s a great day out for the whole family. There’s no other event in Perth that attracts the number or variety of vehicles like we’ll have at Langley Park. The area has always been a popular draw card for motorsport enthusiasts who come out to enjoy the final stages of Targa West.”

The Celebration of Motorsport is supported by the City of Perth, 96FM and Make Smoking History Targa West.