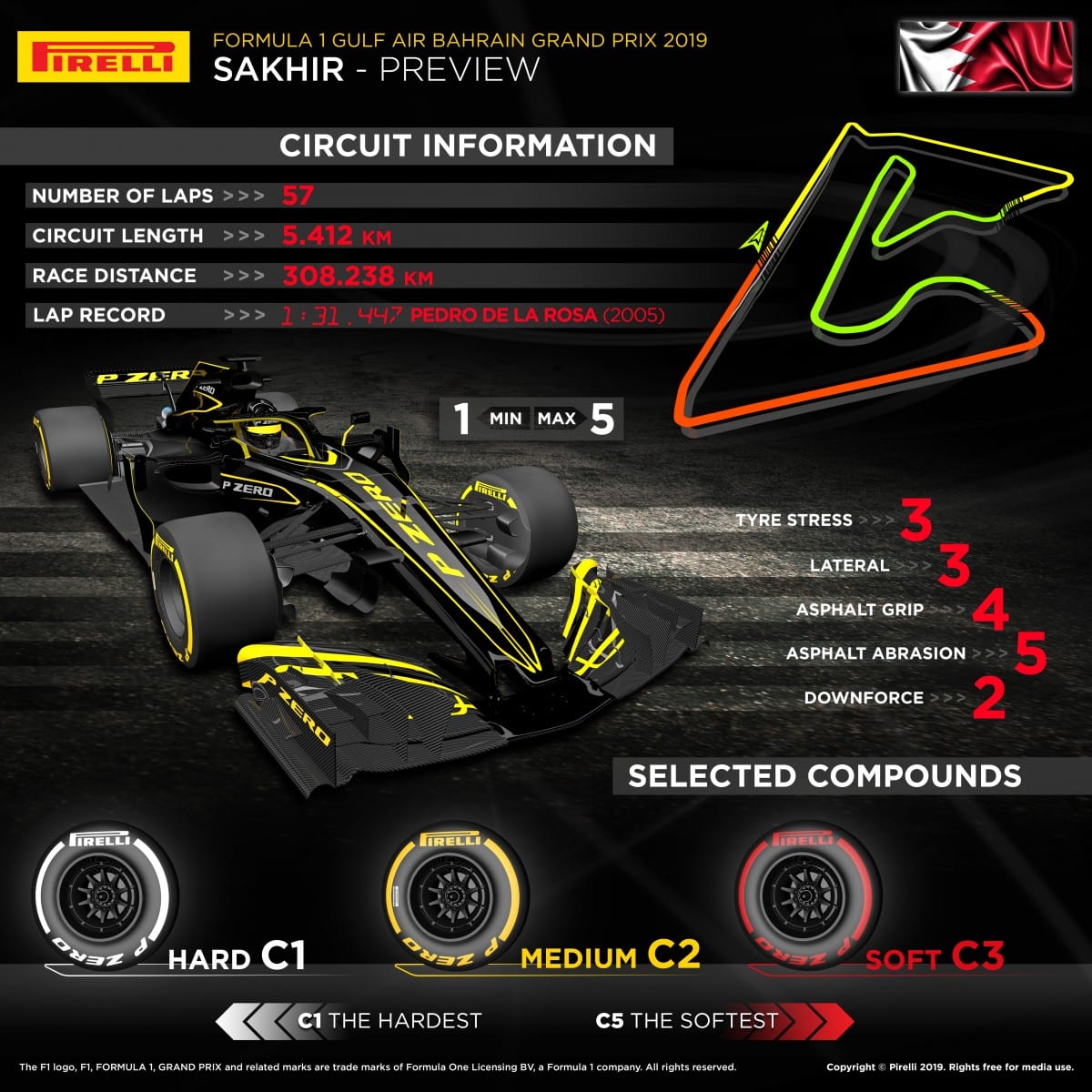 The Bahrain Grand Prix starts at 6pm (11pm, Perth WST), one of only three races that rely on artificial light. Unlike Australia, the Mercedes and Ferrari drivers have gone for identical tyre selections in Bahrain (as has Red Bull’s Max Verstappen).

The track surface at Bahrain is very abrasive, having originally been build using granite from England: one of the reasons why the hardest compounds are selected. And track temperatures can fall quite dramatically as the race heads into the evening which can have an effect on strategy as well, by lengthening the stints.

“We have seen some exciting tactical battles previously in Bahrain, notably last year, and hopefully there is even more potential for that this year. As always, the challenge consists of dealing with the traction demands on a variable track with falling temperatures, as well as the roughest asphalt of the year.”

A one-stopper was the winning strategy last year in Bahrain, although most drivers stopped twice. The race came down a highly tactical battle, with many drivers completing long stints.

Bahrain is all about acceleration, braking and traction rather than fast corners, and it is a rear-limited track – making it important to look after the rear tyres.