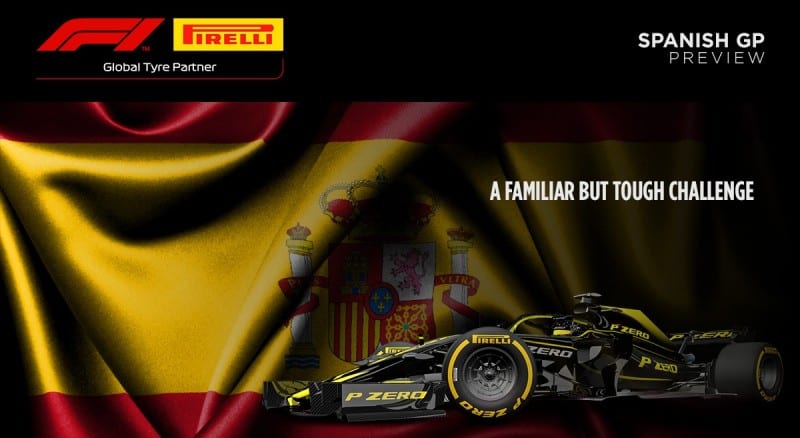 The Formula 1 European season gets underway this week in the stunning Spanish city of Barcelona, the 4.7km Montmelo circuit most familiar to all teams as a testing venue.

The track is a good all-round test for a car and tyres, which is why it’s so often used for testing: the famous Turn 3 takes the most energy out of the tyres, while the front-left is the most stressed.

Last year, the race was won with a one-stopper: the same strategy being used by all the top three. Lewis Hamilton claimed victory for Mercedes after starting on the soft tyre and moving onto the medium. There were also some two-stoppers and three-stoppers.

“There are very few mysteries about Barcelona for the teams, especially this year as the pre-season tests were held in quite good weather conditions that should be more representative of the season. However, a number of teams are planning on bringing some car upgrades, so it will be interesting to see the effect of those on tyre behaviour, together with the continued evolution of the new track surface, which we already noted earlier this year. Even in pre-season testing, the cars were incredibly quick out of the box here, so this could be yet another race like last year in Spain where more lap records fall.”

This year’s C1 compound is slightly softer than the 2018 hard, with the C2 being roughly equivalent to the 2018 medium and C3 to the 2018 soft. The selection for this year’s Spanish Grand Prix has been made to enable drivers to push hard from the start to the finish of each stint in what are likely to be warm conditions, without resorting to pace management.

The Montmelo track was resurfaced last year changing its bumpy and abrasive nature. It’s since matured, making it similar to how it was previously.