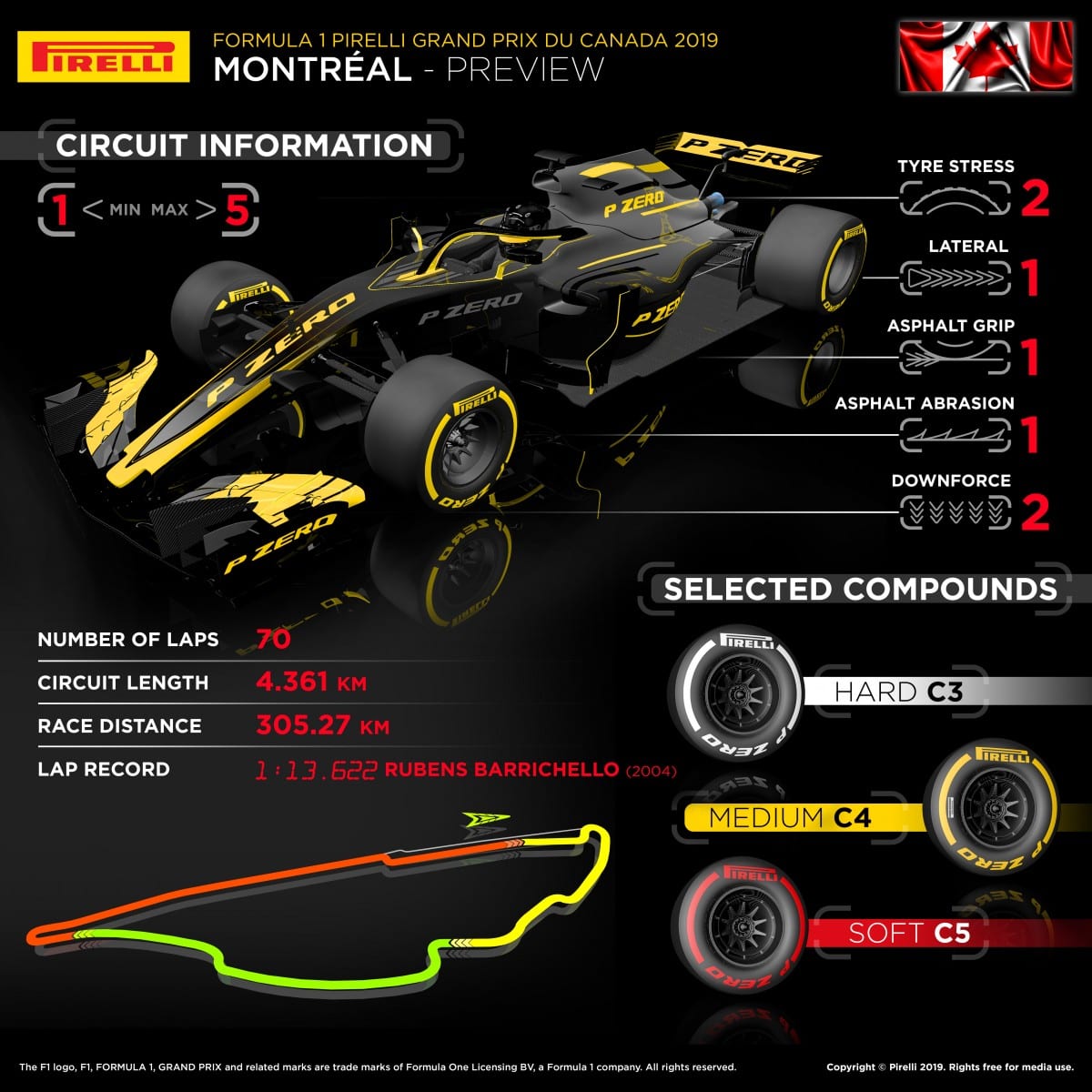 THIS WEEKEND’S CANADA F1 GRAND PRIX could not be more of a contrast to Monaco.  For starters, there’s plenty of opportunity to overtake, with a much higher average speed, long straights, and plenty of heavy braking areas. This makes it a very tough circuit on brakes: something that the teams always have to look out for.

According to Pirelli, the Gilles Villeneuve Circuit is all about traction and braking, so getting heat into the front tyres is part of the challenge. There’s not much run-off, so safety cars are a reasonably common occurrence, which of course can affect strategy.

“Montréal is a race that contains plenty of variety, in terms of strategy, on-track action and weather. The teams always go into it not knowing quite what to expect, so it’s especially important to accumulate as much tyre data as possible in order to be able to make an informed reaction to changing circumstances.”

Montréal is a semi-permanent track (on the Île Notre-Dame in the middle of the St. Lawrence river) using public roads with smooth asphalt, in the Parc Jean-Drapeau. This means “it’s especially ‘green’ and slippery at the start of the grand prix weekend, with a high degree of track evolution as the surface gets rubbered in.”

Canada is one of Pirelli’s two grand prix title sponsorships this year, alongside France.

And, Montréal weather this weekend is expected to be mostly sunny, around 22C – unlike 2011 when rain led to the longest grand prix in F1 history, lasting more than four hours!

By the way Oliver Solberg, the 17-year-son of former World Rally Champion Petter Solberg (who won his 2003 title with Subaru on Pirelli tyres) recently became the youngest-ever overall winner of a FIA championship rally, claiming the latest round of the European Rally Championship in Latvia in, of course, a Pirelli-equipped Volkswagen Polo R5.