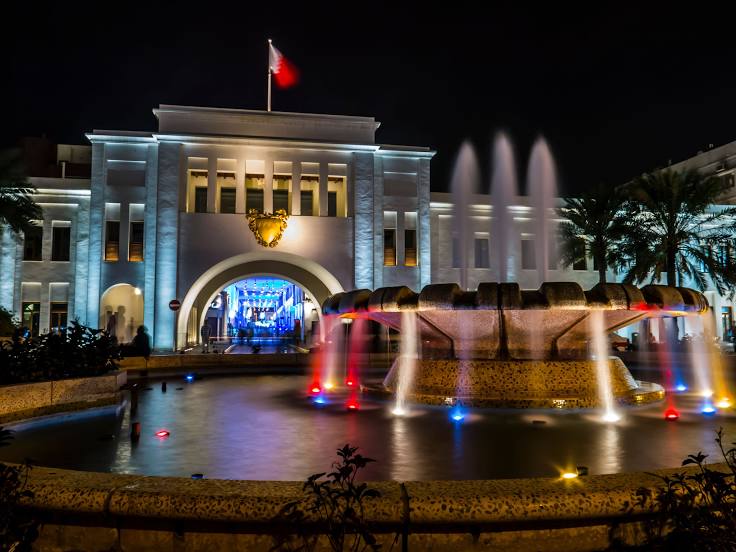 BAHRAIN remains among the most abrasive tracks on the Formula One calendar and Pirelli has selected the three hardest compounds in the new 18-inch tyre range for this weekend’s season-opening grand prix.

The C1 compound is the P Zero White hard, the C2 Yellow medium and the C3 Red soft.

That’s one step harder than the selection made for last year’s race as the new 18-inch tyres are dramatically different in comparison to their 13-inch predecessors, also in terms of compounds.

Pirelli made this choice because of Sakhir’s 5.412km layout, asphalt characteristics and temperatures.

Bahrain ranks five out of five in Pirelli’s abrasiveness classification thanks to a high percentage of granite within the asphalt, which leads to high levels of wear and degradation.

Although asphalt abrasion is high, sand that blows in from the surrounding desert can cause a lot of sliding that affects grip – and that’s why this track scores three out of five in Pirelli’s overall grip classification.

There’s normally a high degree of track evolution over the weekend, and this year it will probably be even higher as both Formula 2 and Formula 3 will be present as support races.

“We’ve opted for the hardest tyres in the range for this first grand prix given the track layout, asphalt characteristics and temperatures: also because the compounds are different compared to previous years.

“The teams had the chance get familiar with the 2022 18-inch tyre range, having spent a total of six days of testing with all the compounds, although not always in representative conditions.

” We know from the past that track temperatures can play an important role in Bahrain, affecting tyre degradation, and that’s something we noticed at the recent test as well.

“During the race temperatures should be milder compared to FP1 and FP3, so the teams will have to focus on their data from FP2 and qualifying. It’s still hard to predict the race strategy as, in the past, Bahrain has been a multi-stop race, but it will be interesting to see if anyone will try something different this year.”

•             FIA Formula 2, which showcases the Gold Coast’s Jack Doohan (Virtuosi Racing), Perth’s Calan Williams (Trident), and Kiwi Liam Lawson (Carlin), competes over more weekends this year with two races at each round. The series has been racing on 18-inch tyres since 2020 and opens its season here in Bahrain with the P Zero White hard compound and P Zero Red soft compound. F2’s 23-lap sprint race takes place Saturday, before Sunday’s 32-lap feature race when drivers must use both nominated tyre compounds, with a compulsory pit stop.

•             Ferrari’s Charles Leclerc will be keeping a sharp eye out for younger brother Arthur who suits up for Prema Racing here in Formula 3, with the P Zero White hard compound as the sole nominated tyre. The rear tyres have been designed to degrade faster, shifting the balance towards oversteer and making the car more challenging, with the aim of promoting greater driver involvement and showcasing talent. F3 also returns to two races each weekend this year and now has a sprint race and a feature race.

•             Pirelli has a new tyre this year for GT racing, with the P Zero DHF set for both GT3 and GT4.  Drivers had a chance to sample the latest specs last week at Paul Ricard – in an official test where Fabian Schiller went fastest for Mercedes, while Valentino Rossi made his debut with Audi.

From Race to Road

•            Pirelli recently launched its new Scorpion tyre for SUVs: a family of tyre that dates back to 1986, when it was first developed for Lamborghini’s innovative LM002 off-roader. The new Scorpion was developed using a Pirelli-patented process derived from motorsport, to enhance the performance of the tyre for longer on different road surfaces: another example of Pirelli’s track to road philosophy.