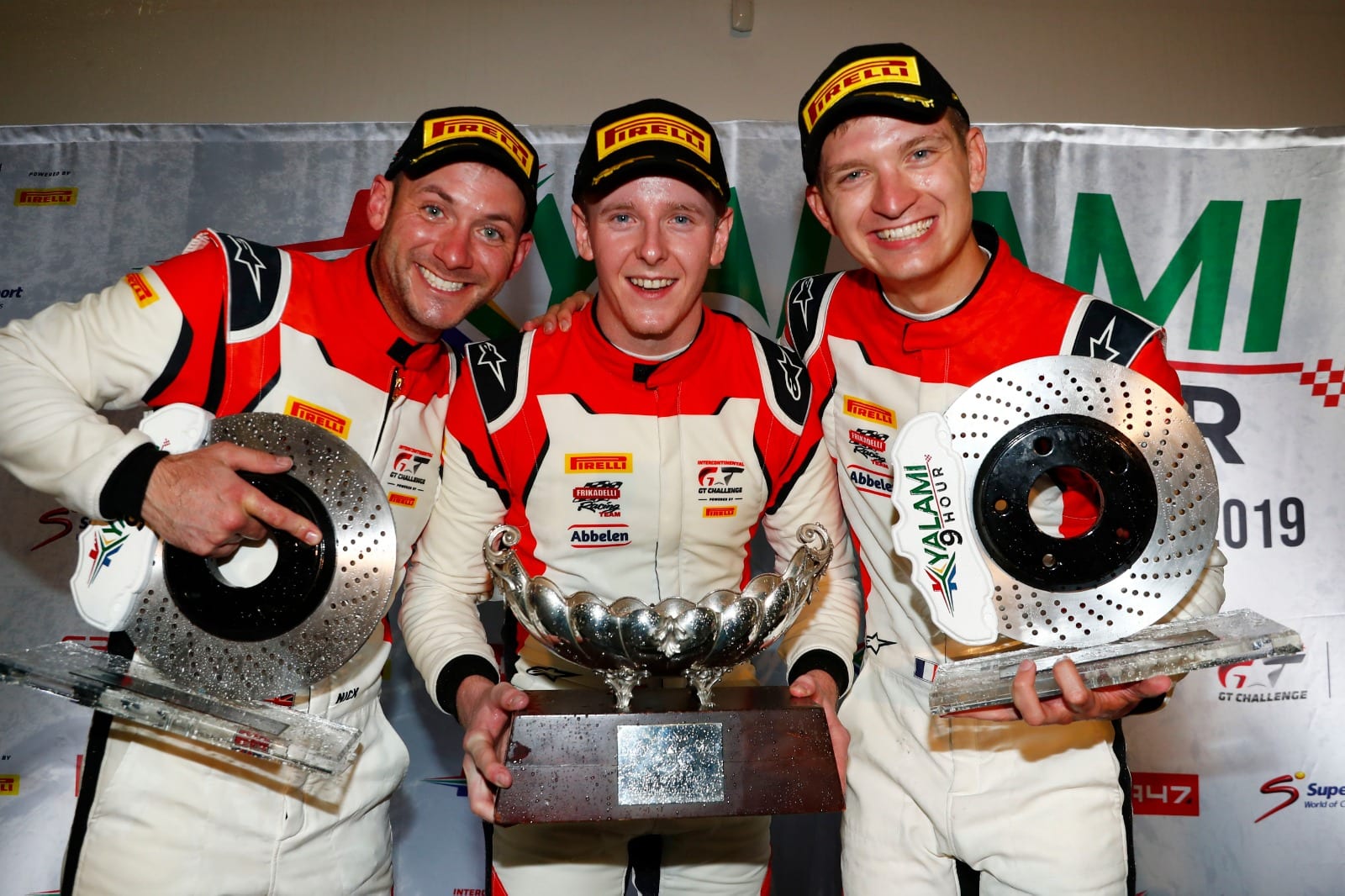 It might have taken 37 years for the Kyalami endurance classic to return to the 4.260km South African circuit, north of Johannesburg, but fans reckon it was well worth the wait. And Porsche, Norwegian Dennis Olsen, Brit Nick Tandy and Frenchman Mathieu Jaminet are simply delighted – they’re the 2019 Intercontinental GT Challenge Powered by Pirelli champions!

It was a dramatic conclusion to this year’s title showdown at the revived Kyalami 9 Hour.

Run mostly in bright sunshine, the race ended under in darkness when action finally resumed following a two-hour-long Safety Car period caused by a biblical lightning storm and torrential rain.

Frikadelli Racing’s pole-winning 911 GT3 R had a dream run with a victory that featured a fastest lap by Tandy, the Drivers’ title for Olsen, and the original Kyalami 9H trophy.

“This is definitely the best day of my career by now. When I was asked recently to name my greatest achievement, I said it was the victory at Bathurst.

“When I was then asked what could be better than that, I said a victory at Kyalami, winning the Manufacturers’ title with Porsche as well as the Drivers’ Championship.

“That has now happened – unbelievable, it feels like a dream. When the race was finally restarted, I had a good feeling.

“If you have someone like Nick Tandy in the Porsche 911 GT3 R on a wet track in the final sprint, then anything is possible.”

Seven drivers entered the weekend’s season finale with a chance of winning the title, with Porsche overcoming e a 22-point deficit to beat Mercedes-AMG and secure the Manufacturers’ crown.

“Three wins from five races, and podium finishes at all rounds – that’s how you win championships. The key to our success was the excellent teamwork of our squads around the world.

“The final race at Kyalami with sun, heat, lightning, thunder and rain was like a roller-coaster ride. In the end we deserved to win. Now it’s time to celebrate.”

My thanks to Tom Hornsby, SRO-Motorsports.com