Rally and Targa back in top gear 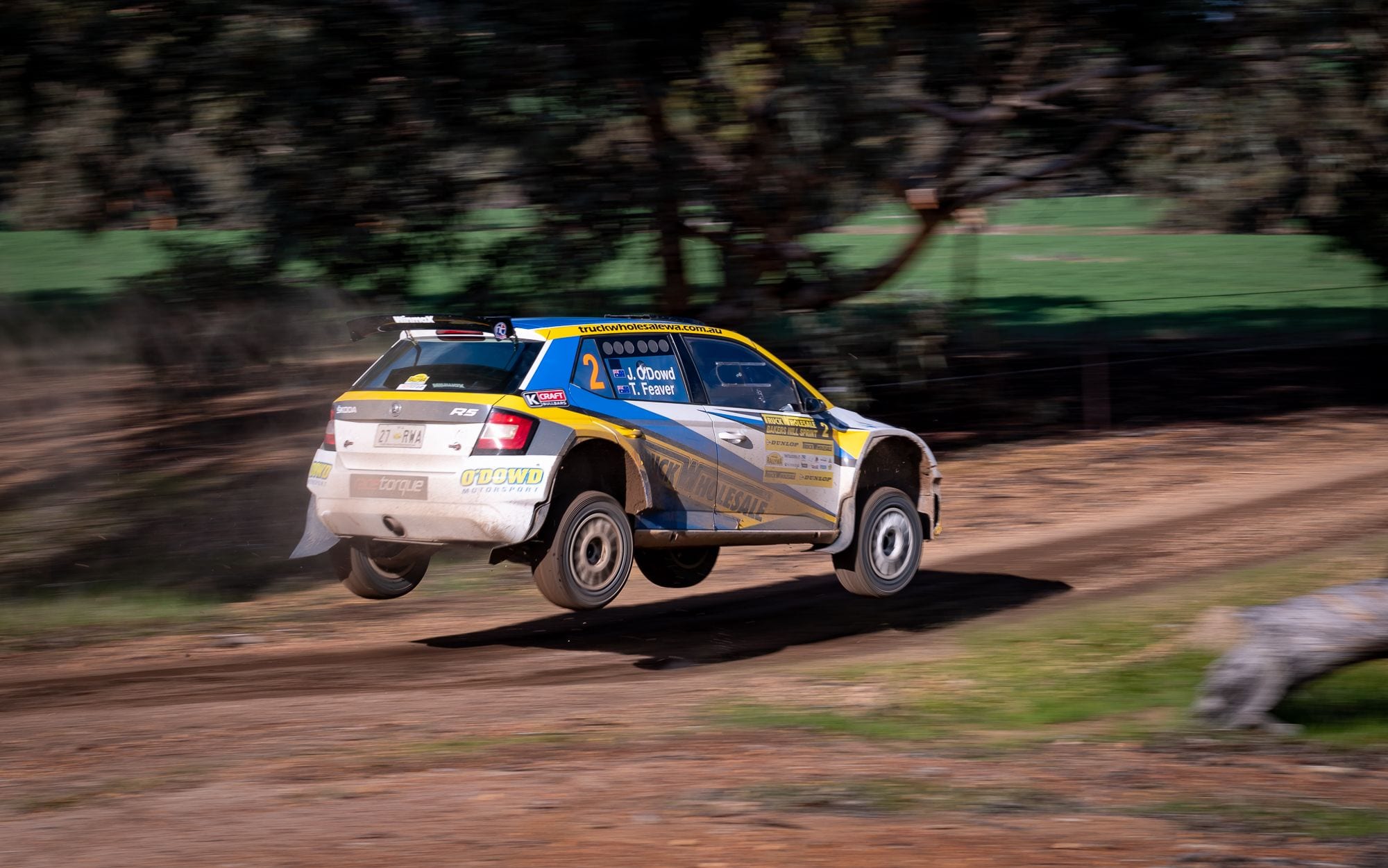 Motorsport is back in full swing in Western Australia with the popular Make Smoking History Targa South West Rally poised to spring into action – on closed road special stages around Pemberton and Northcliffe Saturday August 8.

It’s a feast for motoring enthusiasts with a wide variety of cars competing this year. These include classics like Ford Escorts and Mustangs, Toranas and Commodores to more modern turbocharged Mitsubishi Evos, Subaru WRXs and Nissan GTRs, and even a range of electric vehicles like the Tesla Roadster.

Find out details at

MEANWHILE, the first round of the 2020 Motorsport Australia WA Rally Championship resulted in a win for reigning titleholder John O’Dowd and co-driver Toni Feaver (pictured above in the featured image by CMR Photographic) in their WRC2 spec Truck Wholesale WA Skoda Fabia R5.

Held In perfect rally conditions on Saturday July 18, the Truck Wholesale WA Bakers Hill Sprint near Northam saw with 37 competitors tackling two stages – run twice in one direction and twice in reverse, to a total of 58.2 competitive kilometres.

It took John O’Dowd a couple of stages to find his rhythm.

“I was itching to go but for some reason I had a slow start, and I had a spin near the end of the third stage and lost a bit of time having to reversing back out.

“The drive shaft broke just before the last two stages – it happened right on the start line and we were lucky to get through.

“It’s the first thing that’s ever gone wrong in the car – we’ve done nearly 2000 competitive kilometres in it now, and drive shafts break, it happens.”

“When I heard the bang, I thought we’d be lucky to finish.”

Runner-up Craig Rando won two stages in finishing 53 seconds behind the winner.  “Its taking time to sink in that I’m rubbing shoulders with competitors of that calibre. My confidence is there now, knowing I can battle it out.”

It was cat and mouse in the 2WD class in a battle between two Fords, the old and the new. The classic Pipeline Technics 1978 Ford Escort of Glenn Alcorn with co-driver Jonathan Charlesson (top in CMR Photographic’s image) gained a five second edge over the Maxyrally.com.au 2006 Ford Fiesta of reigning champion Razvan Vlad with wife and co-driver Ioana Vlad in Tim Allott’s image.

“It was an epic battle all day. The stages were brilliant, it was a good format and brilliantly run. There was everything, lots of jumps and bumps, that was fun, tricky technical sections, fast sections, the stages were really good,” Alcorn said.

Young rookie Jarrod Sewell finished in fifth place and has only had his licence for six months. The message of the 17–year-old Qantas avionics apprentice to anyone thinking of rallying is to give it a go:

“Rallying is fun and it’s not expensive as you think and there’s always a cheaper way of doing things, like you don’t need new tyres every rally. Just get out there and drive.”

Round Two of the WARC is the Make Smoking History Forest Rally and Experts Cup held in and around Harvey and Collie on 12 and 13 September 12-13. This year, it’s not a round of 2020 Australian Rally Championship.