RallyWA back in style July 18 – but NO spectators, please! 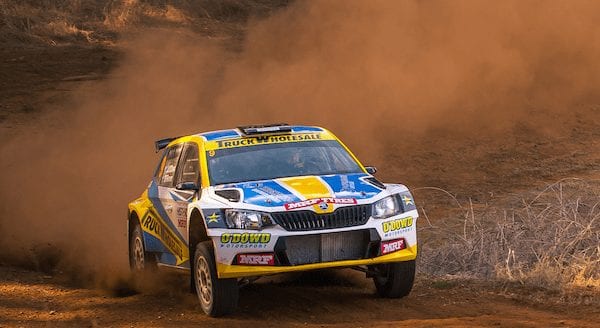 IT’S BEEN A LONG TIME COMING, but this Saturday sees the start of the 2020 Motorsport Australia WA Rally Championship.  The Truck Wholesale WA Bakers Hill Sprint is the first of the State’s coveted gravel titles and features a full entry list, capped at 40 competitors,

“Bakers Hill is a training ground for new officials including a new clerk of course, stage commanders and officials, as well as other officials who are stepping up into more responsible roles.”

About 70km east of Perth, Bakers Hill consists of two stages at Winvale Park Complex, a 1000-acre property in the Shire of Northam that also grows canola. The event is run twice in one direction and twice in reverse, for a total of 58.2 competitive kilometres.

The property was developed to host rally cars in 1991 by the Challis family and used in the mid-90s for testing by World Rally Championship teams including legends drivers Tommi Makinen, Carlos Sainz, Petter Solberg, the late Colin McRae, and his Perth-based brother Alister McRae.

“I’m really excited and can’t wait for the rally, but what I’m looking to gain is seat-time in the car and experience.

“There’ll always be pressure carrying the McRae name but at the moment I’m just focused on working as hard as I can to learn as much as I can.”

McRae, a first-year apprentice at a specialist service centre for European cars, said his goal this year is to compete and finish all WA State Championship rallies. And, learning etiquette from the get-go, the youngster thanked sponsors Dirtfish, Truck Wholesale WA, Specialist Helicopters and Driver Risk Management.

Top performances expected from these guys

And Carl Rattenbury is moving up from Clubman Cup to the 2WD Championship and this will be his first event using pace notes.

O’Dowd champing at the bit and raring to go!

“I’m very happy we have a championship, hats off to everyone for their efforts to get it up and running.

“We did a recce yesterday and the stages look good.

“We’re happy with the car which we tested last weekend, and we’re using a new tyre this year that’s the control tyre for the national championship – and before you ask, I have no idea if the ARC will run this year or not.

“I’m hoping it will and that we can compete in it.”

Tolley Challis, owner of Winvale Park Complex, said developing the rally stages has been a labour of love that his late father started.

“The downtime during Covid-19 has allowed us to make a few new roads – we’ve added about 10 kilometres of new stages that have everything to challenge drivers from tight and technical sections or long fast straights,” Challis said.

My thanks to Dianne Bortoletto dianne@prontopr.com.au