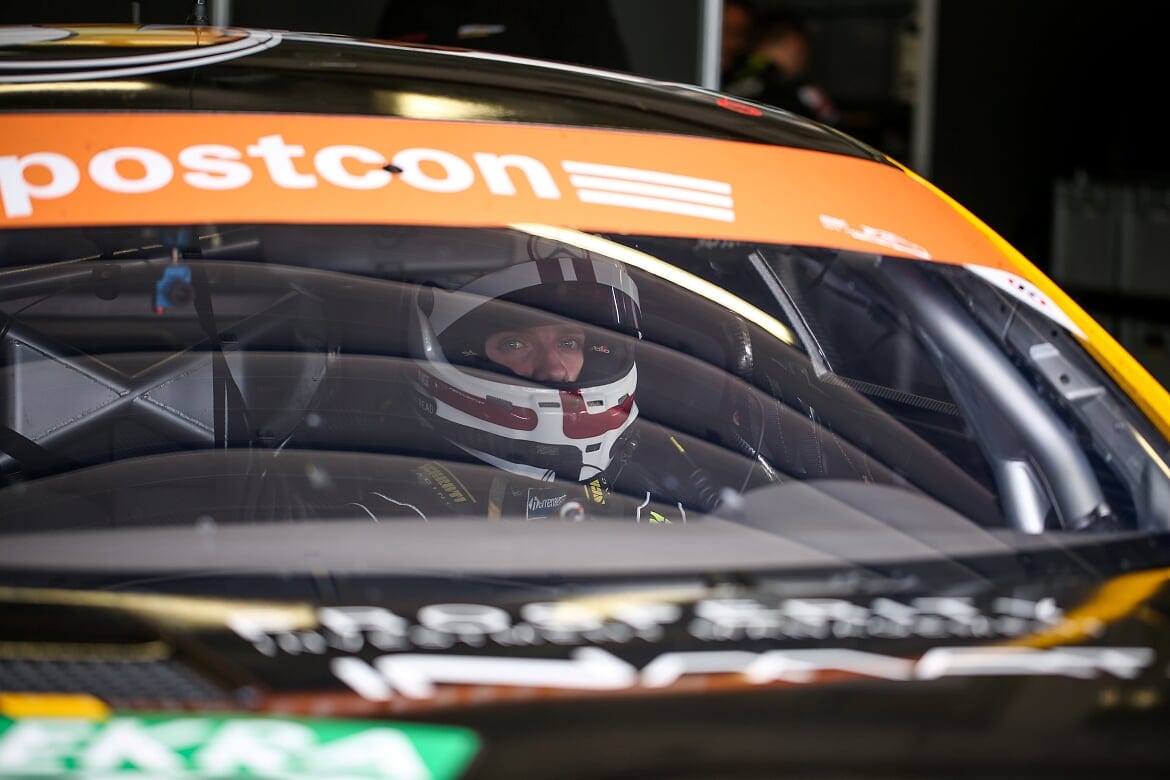 But is was one heck of a few days at the office for the 20-year-old Australian and his German teammate, and it proved to be the toughest weekend of the championship so far.

Round’s five and six of the 2019 ADAC GT Masters took place at the home of the Austrian Formula 1 Grand Prix and Aidan Read (below, left) once again made the long journey from his university studies in Perth, Australia, to team up with Marvin Dienst in the Schütz Motorsport AMG Mercedes GT3.

It was another new venue for Aidan, and with that came the same challenges of intense competition from some of the best GT drivers in the world.

Getting to grips with the car and circuit over two days of practice on the undulating and wide sweeping Red Bull Ring, proved to be more difficult than the previous rounds. Schütz Motorsport and its drivers worked through a range of set ups to find the car’s performance window to stay in touch with the many factory supported rivals that make up the GT Masters grid.

“That was a tough one to endure. I’ve been through a huge spectrum of emotions and experiences this weekend and I certainly know I’ve been at the races. I knew it would be tough on track, the GT Masters is definitely the most competitive GT3 racing in the world and at times it really felt it.”

“But I’ve learned a lot, about my driving, the car, the pressures of racing at this level and somehow we managed to get some small results to keep us in the lead of the Junior Trophy. Which is a real lift for the team in what was definitely a tricky race meeting. I’m fired up to come back to Zandvoort next time out and push as hard as I can.”

A concerted and determined effort from his teammate, coupled with multiple discretions, incidents and penalties to the cars in front, saw an unexpected but welcomed 14th place finish overall and fifth in the Junior Trophy to maintain the pairings lead. The championship now takes a two-month break before returning at Zandvoort [The Netherlands] on the 10-11 August.

Aidan now heads to the Nordschleife circuit – and the famous Nurburgring – to undertake his race permit before his VLN Series debut later in the year.

“I can’t wait to tackle the ‘Ring I’ve heard so much about and the place sounds absolutely awesome,” he said. “Racing here in a German based series where all my peers and competitors have developed as drivers on the world’s toughest track, I can see the importance of ‘Ring experience and can’t wait to get there in a weeks time.”