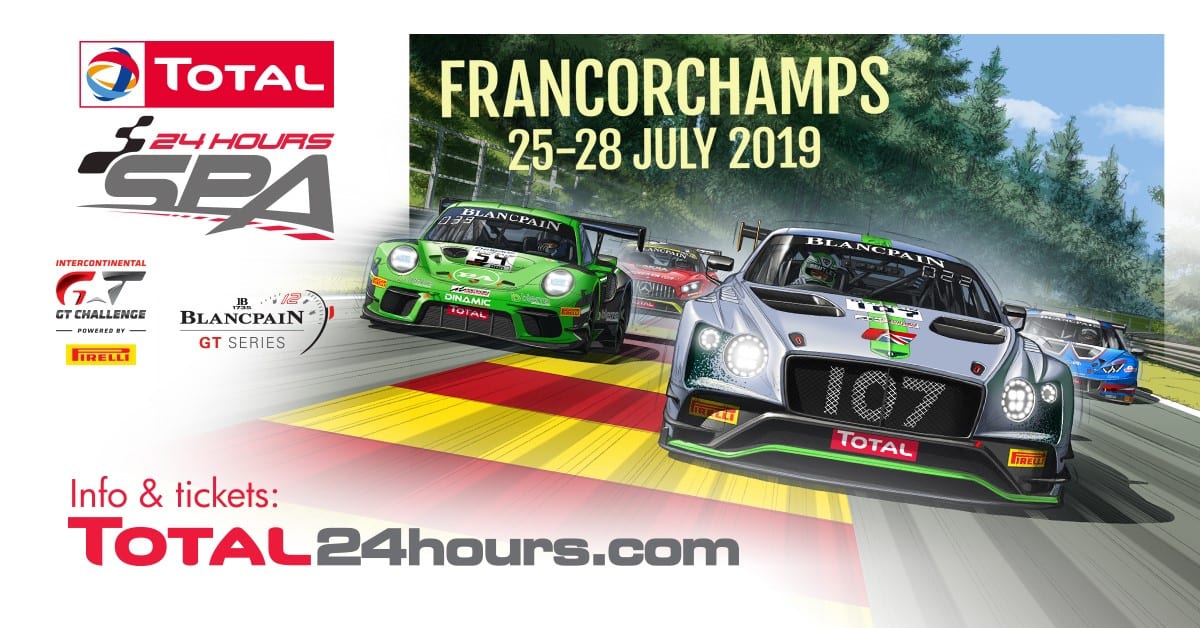 THOSE WONDERFUL PEOPLE IN BELGIUM – whether they’re Dutch speaking Flemish or French speaking Walloons (or even the German speaking minority) – don’t mess about when it comes to race tracks. They reckon their Circuit de Spa-Francorchamps is “the most beautiful circuit in the world”!  And they’re probably not too far off the mark. It certainly is one of the most challenging, with its 7004 metres of 20 turns of fast and hilly asphalt.

Spa is gearing up for its famed 24H endurance classic this weekend attracting a remarkable 73 cars, with 11 globally significant automotive brands speaking to its ever-increasing importance.

Organisers SRO Motorsports Group say the grid for the Total 24H confirms its status as “the world’s premier GT race at this year’s edition” and establishes a new benchmark for the GT era.

As the marquee race for both the Blancpain GT Series Endurance Cup and the Intercontinental GT Challenge Powered by Pirelli it features some of the most accomplished competitors from international motorsport. A field of 36 cars compete in the top-tier Pro class, with strong grids for the Silver Cup, Pro-Am and Am Cup classes. The GT Challenge features 28 cars across eight full-season manufacturers, eight more than the previous benchmark.

Aussies and Kiwis in mix

Check out the Teams:

You’ll no doubt find the event live, and repeated, on Foxtel.

The circuit has just hosted a round of the British GT Championship, which saw Ollie Wilkinson and Bradley Ellis pilot their Aston Martin Vantage AMR GT3 to victory averaging a cool 176 km/h over the 49 laps. Spa is also the venue for the Belgium F1 Grand Prix late August.