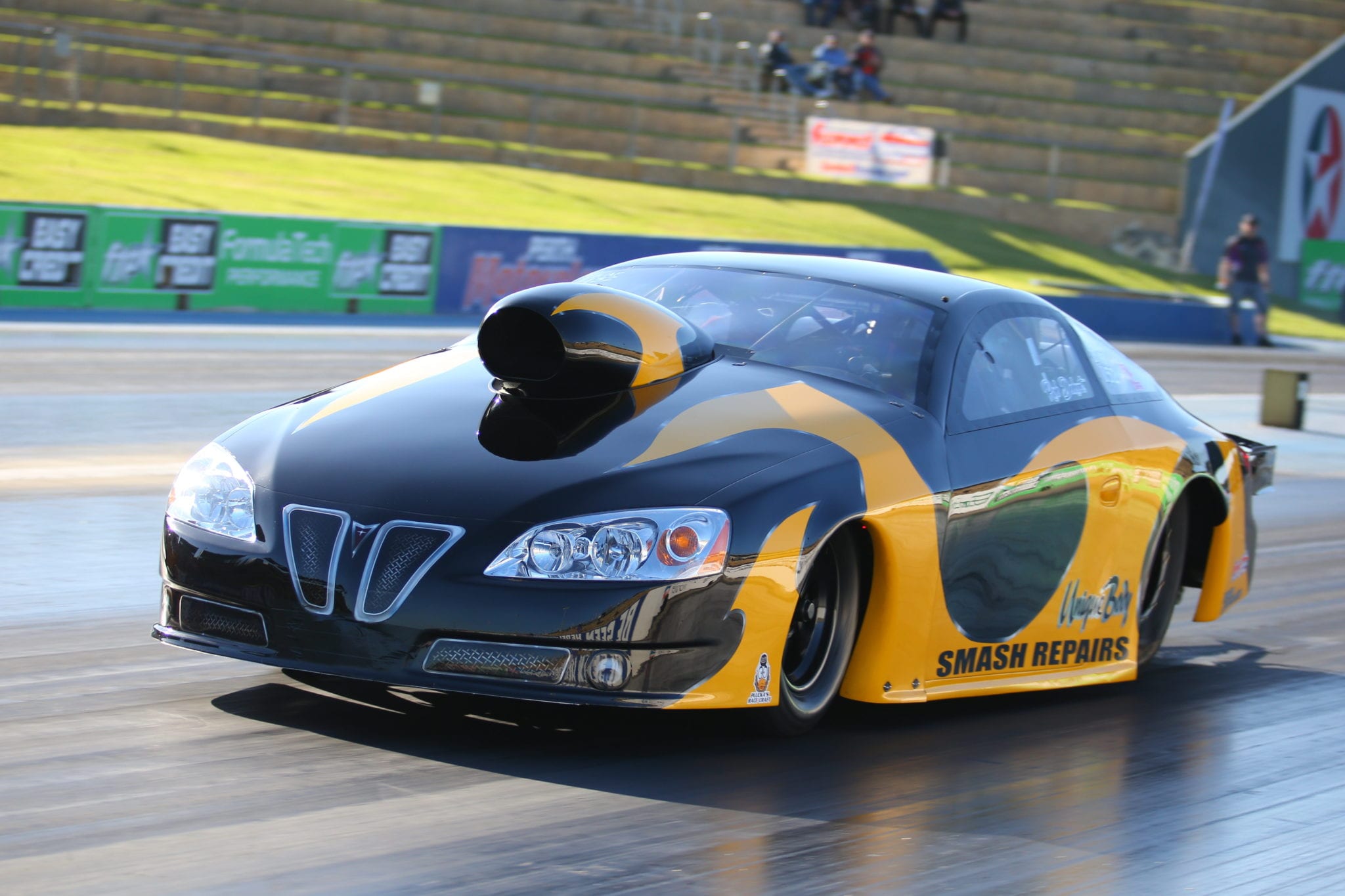 Brett Ghedina took out the Top Qualifiers Medallion for Competition Bike, then won the event before his Pace Motorsport Honda CBR1000 was recognised with the prestigious Crow Cams Best Engineered Award.

“We came here hoping for a Personal Best so my crew members Trevor and Jason and I are stoked with the results, and really blown away with the achievements,” Brett said. “A lot of hard work has gone into getting it where it got too, but we want to be the first ‘six second’ 1000cc no wheelie bar bike in the country – there are two 1300cc motorcycles over East that have achieved that already in but none with a sub-one-litre motorcycle. It’ll probably take us another six months to get that last bit off but we’ll get there eventually!”

For Rob Deckert (feature pici: Outlaw Images) , his record-breaking result came the same weekend he ran a completely new set-up on his way to taking out the runner-up spot in the 2018/2019 Summit Racing Equipment Sportsman Series Super Stock Championship. “It was a good weekend. We had a whole new set-up, new motor, gearbox, diff; it was good in testing and then it went well on the weekend which we were very pleased about,” Dekert said.

“We wanted to run that number, we had to run it on the weekend for what I had spent getting the car ready!” he laughed.
“If we hadn’t of run that number I wouldn’t have been happy. So it was a really good feeling, especially after all of the drama rebuilding the car between the Westernationals and the Grand Final.

“It can definitely go a touch quicker – this was the first meet out after all with the new set-up!”

My thanks to:
Amanda Salmon (Jackson) – Jigsaw Communications
EDITED by AC