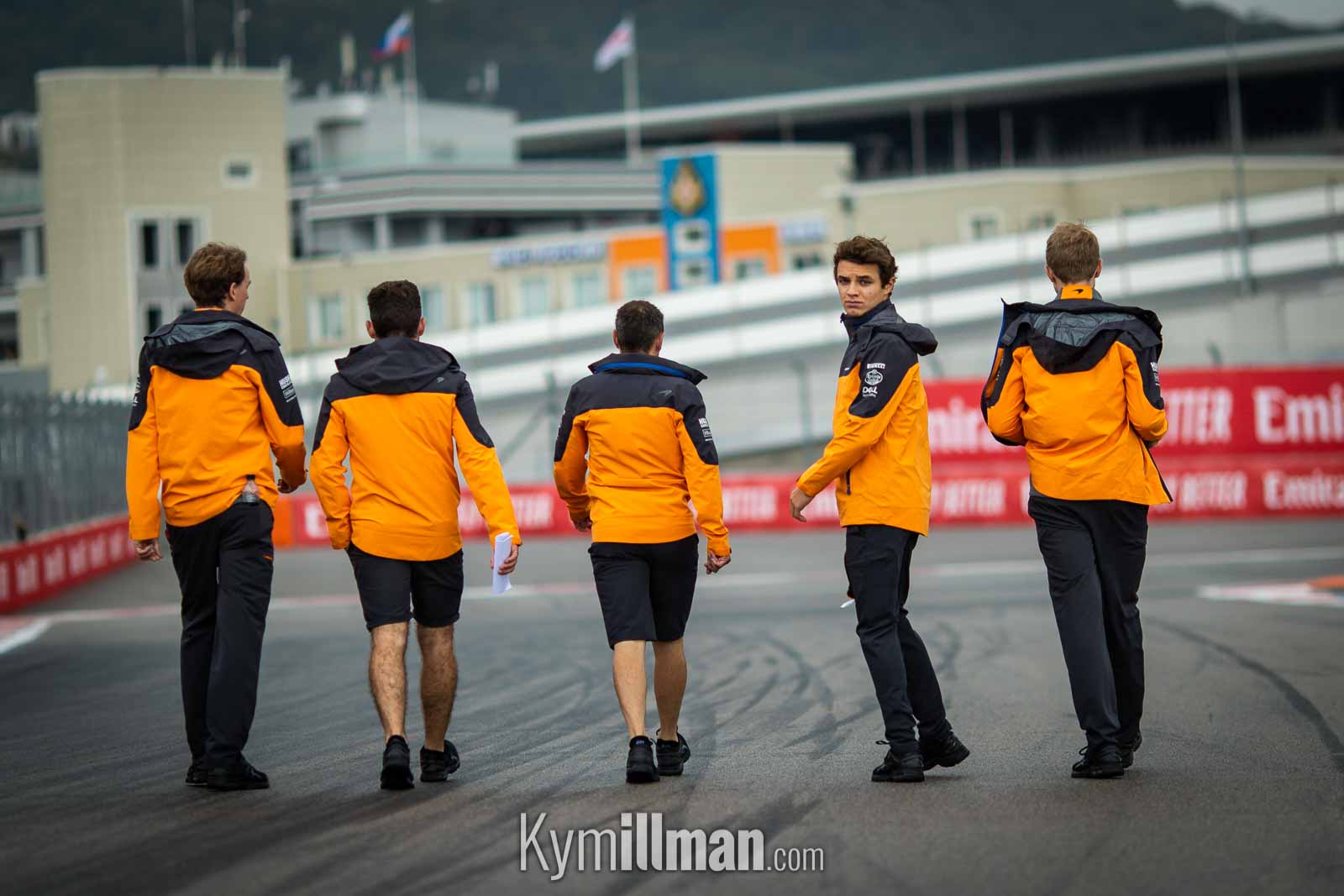 For those interested in such things, Pirelli reports F1 Championship leader Lewis Hamilton has made a tyre choice that nobody else has for the Russian Grand Prix: one set of hard whites, four sets of yellow mediums (more than anyone else) and eight sets of red softs.

And Mercedes has won every grand prix ever raced in Russia – including the very first two, held at Saint Petersburg in 1913 and 1914. Sochi joined the circus in 2014.

The 5.848km track is renowned for its smooth asphalt surface and Sunday’s Autumn forecast is for light rain, with thunderstorms Saturday, which should add spice to the proceedings. F1 Practice 1 today is at 4pm WST, with Practice 2 at 8pm. Qualifying is from 8pm tomorrow with he race racing from 7pm Sunday.

Max Verstappen takes a five-place grid penalty for his new spec Honda engine, while Daniel Ricciardo is still smarting over his “disgraceful” exclusion from qualifying in Singapore and is bound to be more determined than ever.

BTW I reckon had Ferrari not bit the bullet in Singapore and paved the way for Sebastian Vettel’s first win in 12 months, I believe there was danger of an implosion in the Scuderia camp. Just saying.

Cheeky Charles Leclerc now knows what it feels like to be dudded as he strives towards his stated aim of titular team leader (which would have gained serious traction with a treble). And he also missed out on Damon Hill’s promised slap-up lunch for the feat.

“With Russia now re-established in its autumn date, having moved back to this slot last year, it’s going to be interesting to see what has changed compared to 2018. We’re bringing tyres from the middle of the range this year – a step harder than last year – which should be well-adapted to a wide variety of conditions.

“Longitudinal rather than lateral forces are the main influence on the tyres here, with a high degree of track evolution throughout the weekend. Anticipating the set-up and tyre strategy with regard to the changing requirements of the track will be one of the keys to success in Sochi. A new absolute lap record was set last year by Valtteri Bottas in qualifying last year – let’s see if that is lowered further this year”.