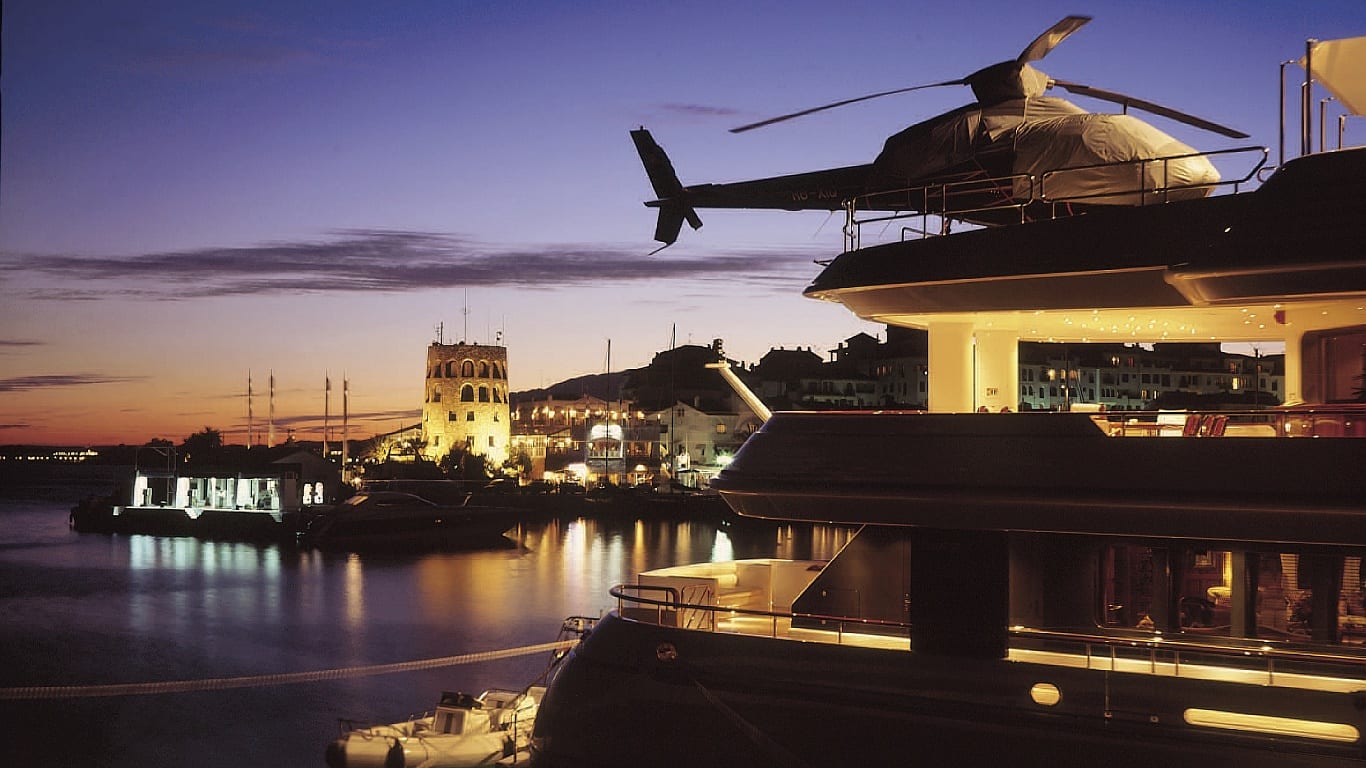 IN THE EARLY ‘70s, I was fortunate enough to spend nearly four years in a delightful part of the world called Andalucía, Spain. Specifically, the superb Puerto Jose Banus marina – a 1000 plus boat harbour, just a handful of kilometres south of Marbella.

Not surprising, Puerto Banus was a haven for celebrities – a bit like Monaco today. It was home for the likes of F1 racing driver James Hunt, actors Deborah Kerr, James Stewart and many, many more.

And, of course, Sean Connery and his delightful French wife Micheline Roquebrune Connery – the tiny lady with the wild mane – who lived just a couple of klicks away, outside the port.

Each of these celebrities were as nice as pie and treated plebs like me like I was their mate. Even Sean would nod as he and his wife passed. And Micheline always gave me a lovely smile,

Every Tuesday evening there was a picture show in the Port – featuring British films. It was a small venue that had rows of joined-together slingback canvas seats and one would pick up a bunch of San Miguel beers on entry. As you do.

And so, we would all sit down – the famous and the rest of us – in comfort and enjoy the movie, no matter what it was. At least it had a friendly English sound track!

Remember, if you will, that this was the early seventies. Franco was still in power (not for much longer, thank goodness) and Spain was still very much a secret police state. Scary, but you learned to live with it. Andalucía was like the south west of Western Australia – very pleasant, but not as hot.

Back then Puerto Banus was also the go-to place for many nasties. Just a quick flight to Malaga (in those days the Gibraltar/Spain border was closed).

One often would read the day-old British newspapers about the latest heist in London, only to catch up with the blokes that did the dirty in the popular Coco Loco – or one of the many go-to bars – the following day. Absolutely true story.

That’s just the way it was in those days. Not really very different to the Sydney I had left months before.

The images above don’t really do Puerto Banus justice.

Check out Puerto Banus at https://marinasdeandalucia.com/en/puerto-jose-banus_pp13.html .  It’s even more flash now than it was when I grew up there in my twenties. Puerto Banus is now recognised as the most famous nautical and tourist enclave in southern Europe.

Although I bet it’s not half as enjoyable as it was when I was lucky enough to spend a bunch of my youth there!

But at least I can honestly say that I met the only real James Bond!

And I am so very pleased that early reports say Sean died “peacefully in his sleep”, in the Caribbean, surrounded by Micheline and his family.

There will never be a more enigmatic James Bond. And 90’s not a bad innngs!