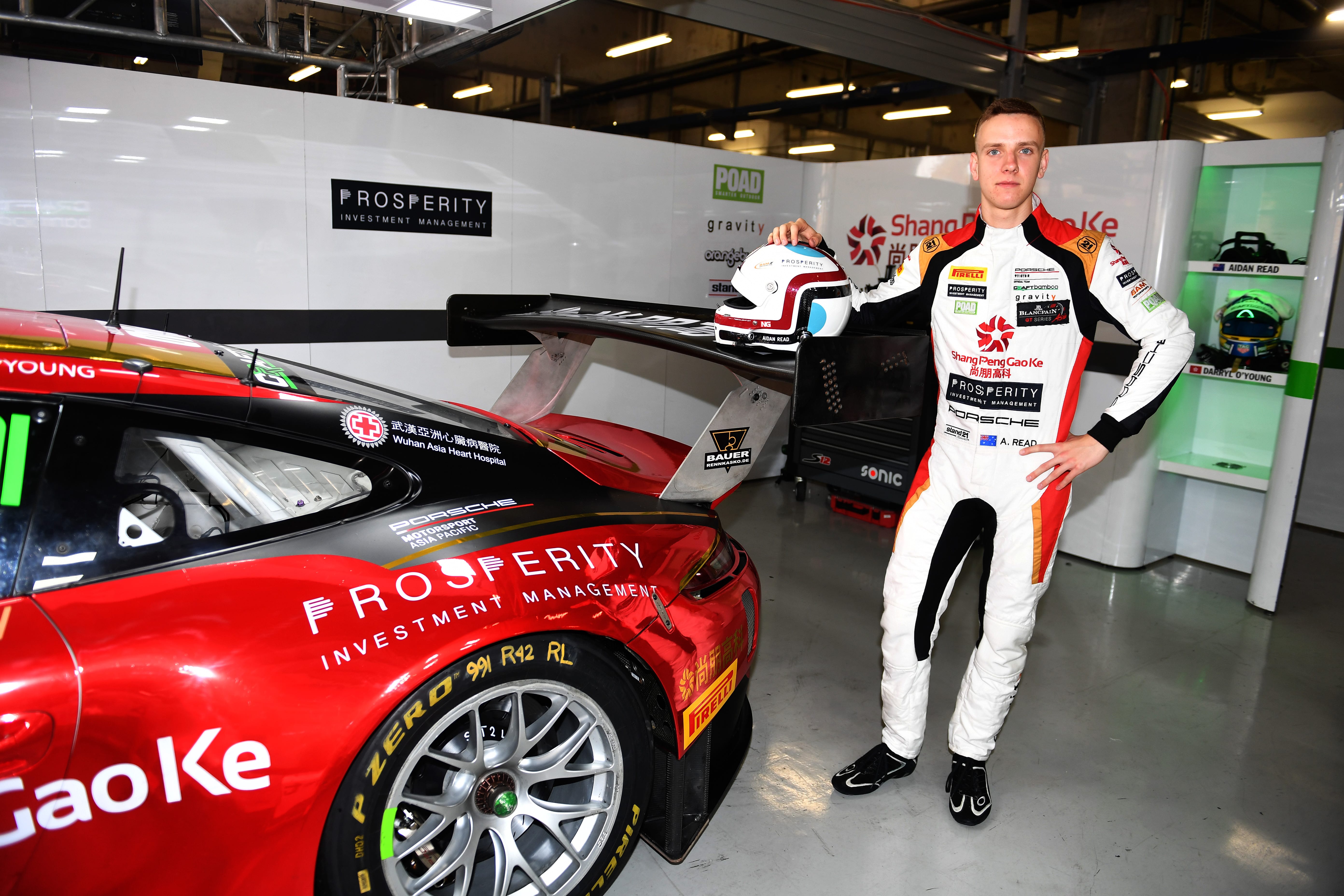 The Shanghai round of the Blancpain GT Series Asia proved to be a turning point. The Porsche 911, Craft Bamboo and drivers combined to deliver a competitive package and a season best fifth place for Aidan Read and co-driver Darryl O’Young.

Aidan is no stranger to the Shanghai Formula 1 venue, having enjoyed success in Formula Cars and Le Mans prototypes throughout his career. Hopes were high ahead of the seventh and eighth rounds of the championship that the conditions and track experience would bring the Porsche 911 GT3 R out of the midfield and towards the front of the pack.

Sporting a striking feature livery for Chinese team sponsor Shang Peng, the team opted for a low-key strategy through practice to maximise the qualifying opportunity by preserving as many fresh tyres as possible and reversing the driver pairing. The team went in to qualifying having saved all allocated new tyre sets, and Aidan ran with the second and quicker ‘Pro’ session.

Teammate Darryl took the wheel for the first session in which he qualified tenth. Read, following on with 13th spot for race two’s grid position, posting the quickest lap time of the team’s drivers overall.

In the first race, Darryl made a great start, propelling the Porsche quickly through the field and running as high as second when a lengthy safety car period intervened. As the pit window opened the team opted to make an early stop, re-joining in third place.

Aidan was immediately in a battle with former ADAC Masters Champion Alessio Picariello and top GT racer Marco Mapelli who were pressing him hard as he raced to pass the Nissan GTR of Florian Strauss. A spectacular high-speed pass on the main straight saw the German put Aidan on the grass at 260 km/h. Aidan kept it flat out and bravely made the move stick for 3rd place at the time to the delight of the Shang Peng crowd in the stands.

As the race settled, Aidan was unable to hold down 3rd place and finished in 5th.

Sunday’s second race started well for Aidan and Darryl. A strong start by Aidan saw him make up four places to run in ninth after lap one, battling hard with fellow Porsche driver Chris Van der Drift and Championship contender Nick Foster. As the stint progressed the teenager maintained ninth spot as the pit window opened.

Car 991 lost time in the pit stop due to a timing system malfunction and fell back due to contact during Darryl’s second stint. The pairing finished in an eventual 12th. Nonetheless Aidan was satisfied with the weekend’s performance.

“Shanghai was a turning point for 991,” Aidan explained. “We gave it everything and got a season best top five in front of the Shang Peng crowd on Saturday.

“In the second race I had a nice stint pressing on into the top ten. Unfortunately, we had some pit lane dramas which set Darryl back in the second stint and left us just outside the points.

“I’ve never had a weekend like this before. The battles on track and the attention on our car was on another level. It has been a great event for Craft Bamboo Racing and I look forward to finishing the season strongly in Ningbo.”