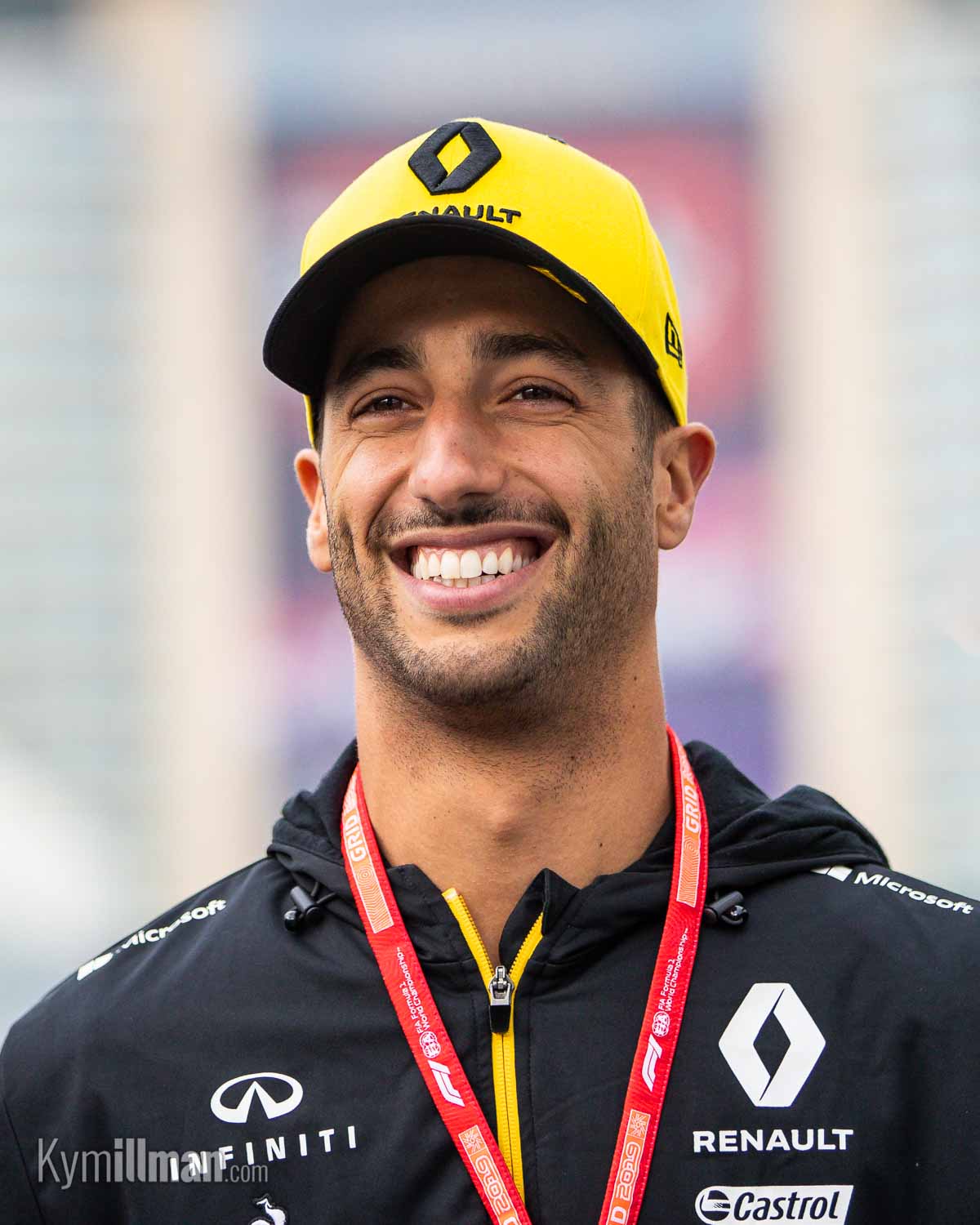 UPDATE! Renault has signed Frenchman ESTEBAN OCON for ’20/’21, while Finn VALTTERI BOTTAS stays with Mercedes for 2020.

This weekend is definitely all in for Daniel Ricciardo and his Renault F1 teammate Nico Hulkenberg. If their yellow beasts can deliver the lads the reliability they’ve so far lacked this season, there’s just a chance that two of the sport’s best can lift the French marque above their current sixth in the vital constructors’ championship.

Renault has 39 points at the midway point, a frightening 43 fewer than its factory engine customer McLaren.  Neither Dan nor Nico has logged any points in the past two races. July was disastrous.

Both the Aussie and the German are fresh and revitalized after F1’s summer break – Dan in Los Angeles and Nico sailing off the gorgeous Croatian coast – and the Belgian Grand Prix at Spa probably means more to their team than any other this season.

As I wrote recently, those wonderful people in Belgium – whether they’re French speaking Walloons, at their home track, or Dutch speaking Flemish wild for top gun Max Verstappen (or even the German speaking minority) – don’t mess about when it comes to race tracks.

They reckon their Circuit de Spa-Francorchamps is “the most beautiful circuit in the world”!

And they’re probably not too far off the mark. It certainly is one of the most challenging, with its 7004 metres of 20 turns of fast and hilly asphalt.

Take a look for yourself!

And, if the planets don‘t align at Spa, then Renault would have to jag a podium a week later at the Italian Grand Prix at Monza.  I don’t fancy the odds there.

“Spa is always an amazing drivers’ circuit but that is also why the tyres are put under some of the biggest stresses that they face all season. As a result, we’ve nominated the three hardest compounds in the range – a slightly different choice to last year – which should allow the drivers to push to the maximum during each stint and minimise the need for pace management.

“We know a lot about Spa, also from our experience of supplying the Spa 24 Hours. Last month’s race there was stopped by rain for several hours, which underlines the likelihood of mixed weather conditions, with qualifying for last year’s Belgian Grand Prix run in the wet as well.

“This is a track where it’s very possible to overtake, so under the right circumstances, it’s feasible to make an aggressive strategy work.”

The forecast for Spa-Francorchamps is 23C Friday, 29C Saturday and 22C for Sunday’s race. Cloudy and no rain, allegedly. But don’t bet on it! Practice starts on Friday at 1700 WST, live on Foxtel.

KYM ILLMAN‘s stunning images may be digitally downloaded at www.prostarpics.com