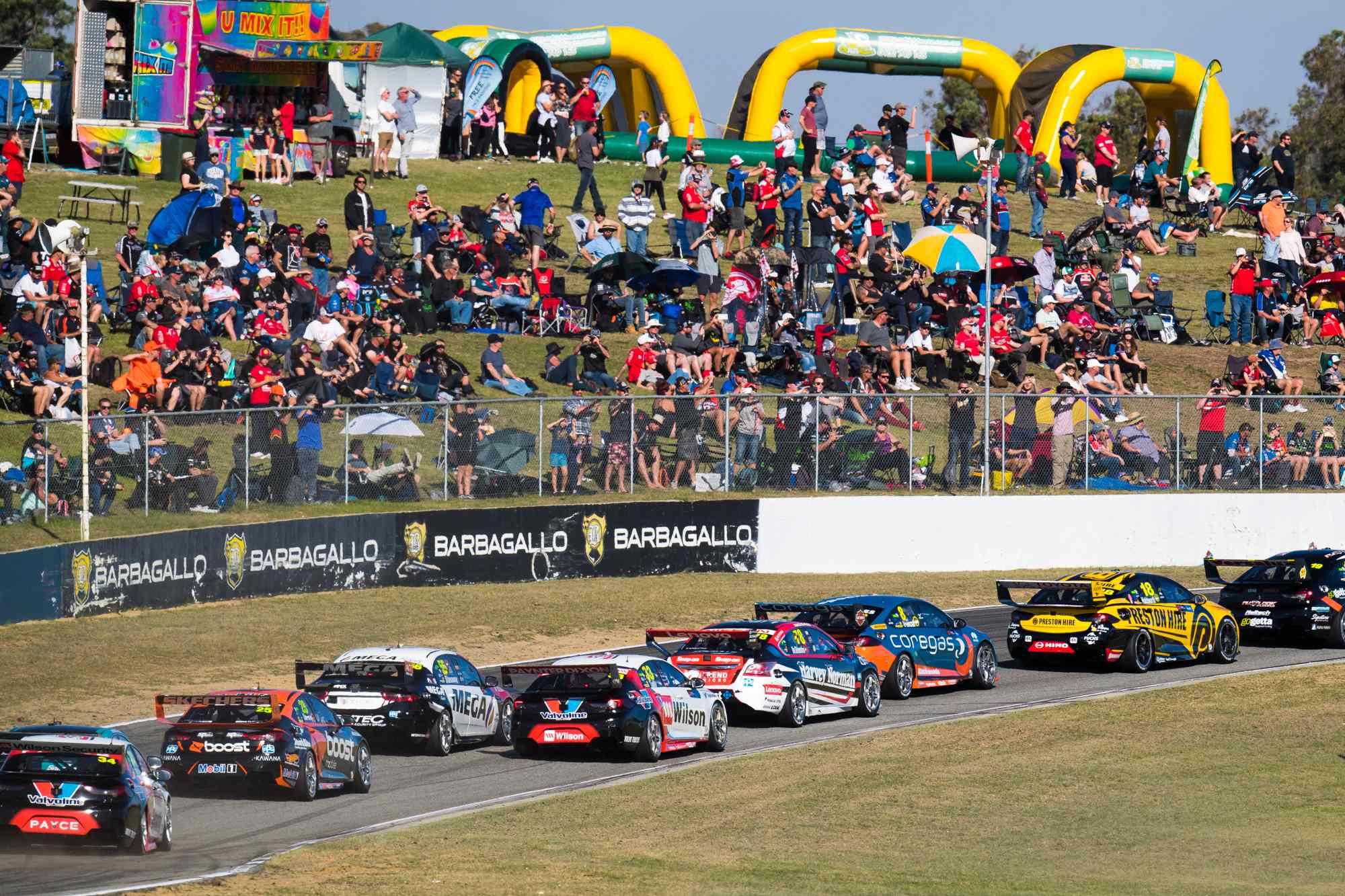 WHILE THIS WEEKEND’S FOCUS is on Formula One’s return to Italy, and Imola, here’s a timely reminder that the popular Supercars train is back at Wanneroo April 30-May 1 – after a hiatus of two very long years!

It’s been quite a while now since the WA Sporting Car Club, custodians of Western Australia’s premier motor racing circuit, actually ‘ran’ proceedings at the then annual event and these days hires out the venue to the promoters – known as a dry-hire.

Not that that makes too much of a difference to club members who continue to enjoy free entry and access to the well-equipped clubhouse – ideally located at the final corner – during festivities for the Bunnings Trade Perth SuperNight.

In recent times I was a guest for the weekend and took advantage of the free train and bus transport that comfortably took patrons to and from the venue. It was a system that has worked exceptionally well.

That’s on offer again this year and I would encourage the use of the Transperth Special Event Shuttle Buses – operating from Clarkson Station to get to and from event. Check out

The Perth SuperNight is supported by the Dunlop Series and V8 SuperUtes, and Historic Touring Cars and the Radical Cup – both exciting and popular local categories.

In an interesting twist this year, while there is practice and qualifying session scheduled for some categories on Friday April 29, the venue is not open to the membership or public on this day.

Remember, anyone attending the event is required to show proof of vaccination at the gate.

Kids aged 12 years and under are permitted free access to both the event and paddock when accompanied by a paying adult.

F1 Back in Italy from Friday

Formula 1 returns to Imola this weekend following the thrills and spills of a different Albert Park that saw Daniel Ricciardo regain some of the form he has been so sadly lacking this year.

Alongside Monza, where Daniel picked up his lone win in 2021, Imola is one of Pirelli’s two home races.

The P Zero tyres nominated for the Emilia Romagna Grand Prix are C2 White hard, C3 Yellow medium and C4 Red soft respectively – the same choice as Imola last year, although the compounds are different with the latest generation of 18-inch tyres.

The Imola track has asphalt dating back to 2011, with a narrow, old-school feel and a surface that’s reasonably abrasive.  But it is a flowing track where drivers need to find a good rhythm.

While the tyre rules are the same as last year’s sprint events, rather than having 13 sets of tyres for a conventional weekend, there are just 12 sets.

Particularly important is getting good traction out of the final Rivazza corner for a strong run down the start-finish straight before a heavy braking area into the first corner: a key overtaking opportunity.

Imola marks the first sprint session of the year (not a F1 change that particularly thrills me), now with more points on offer. From 2022, pole position is recorded as the driver who goes fastest in Friday’s qualifying – and so becomes the recipient of the Pirelli Pole Position Award.

The Autodromo Internazionale Enzo e Dino Ferrari, better known as Imola, is a 4.909 km (3.050 mi) motor racing circuit in the town of Imola, in the Emilia-Romagna region of Italy, 40 km (25 mi) east of Bologna. It is one of the few major international circuits to run in an anti-clockwise direction. The circuit is named after Ferrari’s late founder, Enzo Ferrari, and his son, Alfredo “Dino”.

“Imola is an old-school, challenging track, where overtaking can be tricky, also because the circuit is quite narrow in places.

“So the strategy is likely to centre around avoiding traffic, and effectively the teams start from scratch here in terms of tyre knowledge – as the compounds are completely different this year, and last year’s race also began on the wet-weather tyres, before being interrupted by a lengthy red flag period.

“Generally speaking, Imola is a medium severity track for the tyres, and it’s a venue that is used quite frequently.

“This means we might see a little less track evolution than we’ve been accustomed to at other circuits as the track is well rubbered-in already: the first round of the Pirelli-equipped GT World Challenge took place at Imola last month, which gave us some useful data.

“These are just some of the factors that the teams will have to take into account when establishing the tyre strategy for the opening sprint session of the year: another first for the 2022 season.”

Aaron Starts off Porsche Season with a Blinder

Both encounters went down to the wire, with the first race witnessed a one-lap dash to the finish following a late safety car, while the second saw Love and Max Vidau trade places multiple times on the final circuit.

“A bit of a wild race: (but) you can never complain about coming away with a race win. I made a couple of mistakes that cost us a bit, and we happened to get a little bit lucky towards the end.

“At the end of the day, we came away with a race win, but there are a couple of things we can take away from it, and learn from.

“Coming back to do just a one-off round with Sonic at the Grand Prix, I couldn’t think of a better place to do it.

“I’m really happy to get some results for them so far, and hopefully, we can continue the streak onwards.”

•             Formula 2 supports a Formula 1 grand prix at Imola for the first time since 2006, when the championship was known as GP2. Pirelli has chosen the P Zero Yellow medium and Purple supersoft tyres – the debut for the revised supersoft for 2022, featuring optimisations to improve resistance. Each driver has five sets of slick tyres (three medium and two soft) to use across the weekend, with a 25-lap sprint race to take place immediately after F1’s sprint on Saturday and a 35-lap feature race on Sunday morning.

•             The modern Formula 3 championship has not previously raced at Imola. The P Zero Yellow medium compound is the sole nominated tyre for the first time this season, with drivers having four sets to use over the weekend. The sprint race takes place on Saturday morning and the feature race on Sunday morning.

•             Last week an in-season test took place at Barcelona with the hard and soft Formula 2 tyres: the same nomination as for the races at the Spanish circuit next month. In the break since the first round at Bahrain, two in-season F3 tests have also been held at Jerez and Barcelona, both using the hard tyre.

•             Rally Croatia, the third round of the World Rally Championship, also takes place this weekend: the first pure asphalt event of the series, with the hard and the soft P Zero tyres are available. The latest version of the hard tyre was put through its paces at the first of three in-season development tests this year, which took place with Toyota in Croatia before the start of the rally.

•             The Ferrari Challenge, also exclusively equipped by Pirelli, continued with one of its most famous rounds in America, at Daytona. The winners included Manny Franco (Trofeo Pirelli) and Brian Kaminskey (Coppa Shell), from a field of more than 60 cars.