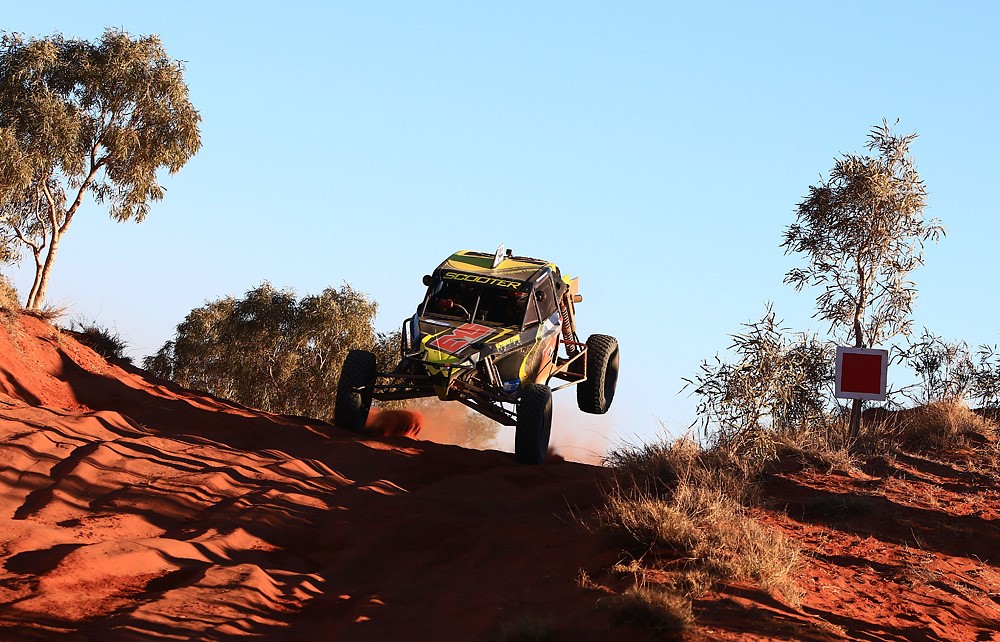 THIS WEEKEND’S world-renowned Tatts Finke Desert Race features some 170 crews tackling more than 450 competitive kilometres across a variety of terrain – including sand, dust, rock and river – as they make the journey from Alice Springs to Finke and back.

When it comes to off road events in Australia, there are none bigger. And few more challenging locations than our rugged Northern Territory!

The three-day event marks the second round of the BFGoodrich Motorsport Australia Off Road Championship with the very best crews taking on one of the toughest challenges the remarkable Australian outback has to offer.

Many of the sport’s biggest names line up for the great race, although many crews were forced to stay home due to the NT’s COVID border restrictions with Victoria.

Headlining the entry list are the usual suspects – while international superstar Toby Price is among the most credentialled. And the one with the biggest appetite to add yet another string to his golden bow.

The wily Queenslander, pictured above, remains a key favourite as he looks to become the only driver to win the event both in a car and on a bike.

After winning Prologue in 2019 and enjoying a seven-minute lead at the end of day one, the Queenslander’s hopes of going just that one step further and winning the race on four wheels were boosted by the unveiling earlier this month of his brand-new Mitsubishi Trophy Truck.

Of course, Price has a number of other contenders within the same class to deal with – West Australian stalwart Beau Robinson keen to claim his maiden title, multiple time Finke champion David Fellows, 2017 winner Brad Gallard and 2011 Finke winner, Greg Gartner, who is looking for his first AORC title after a solid outing at the Cobb & Co St George 399.

AORC Leaders Pulling Out all the Stops

From the brute force of the trophy trucks to the powerful pro buggies – the iconic class features just as many drivers who would consider themselves a real shot to stand on the top step of the prestigious podium come Monday morning.

Josh picked up his first ever championship podium at this same event just two years ago. With more experience under his belt this time, he remains one of the favourites to make history as among the youngest winners.

He is joined by the likes of 2017 AORC Champion Matthew Martin who has made the jump up from Pro-lite, Brett Comiskey, Talbot Cox and another high-profile West Australian in Shane Elphinstone.

A Race full of Championship Contenders

Outside of the top classes, there are plenty of other individuals who can strike it lucky with previous champion Hayden Bentley leading the Extreme 2WD class and the SXS Turbos once again boasting the largest field of 58 drivers, including Roydn Bailey, Phill Lovett, Greg Campbell, Kye Floyd, Toby Whateley and Simon Evans.

Simon Evans, who lives in Victoria was one of the lucky few to make a two-day border dash alongside son Jackson after the NT border opened to those in regional Victoria this week.

Jackson is the reigning champion of the Kincrome SXS Motorsport Australia Championship, was hoping to complete Finke for a second consecutive year and was grateful to have the opportunity to do so.

“It has been a crazy few days, but we are on our way,” Jackson said.

“The messages of support and encouragement have been overwhelming and now we have to take a deep breath and make sure we are ready for the biggest show of the year.

“Events don’t come any cooler than Finke for everyone in Australian off-road racing and we are excited to be going back there.

“Now we just have to make the most of our opportunity – an opportunity we really didn’t think we were going to have until today.”

The actual race begins Sunday morning as cars complete the first leg of their journey to Finke. On Monday the hardy contestants begin their journey back up to Alice Springs. from whence they came. And that’s where the winner of the 2021 Tatts Finke Desert Race will be crowned.

Each day of racing is live streamed via the Tatts Finke Desert Race YouTube Page and live results available through the AORC website.