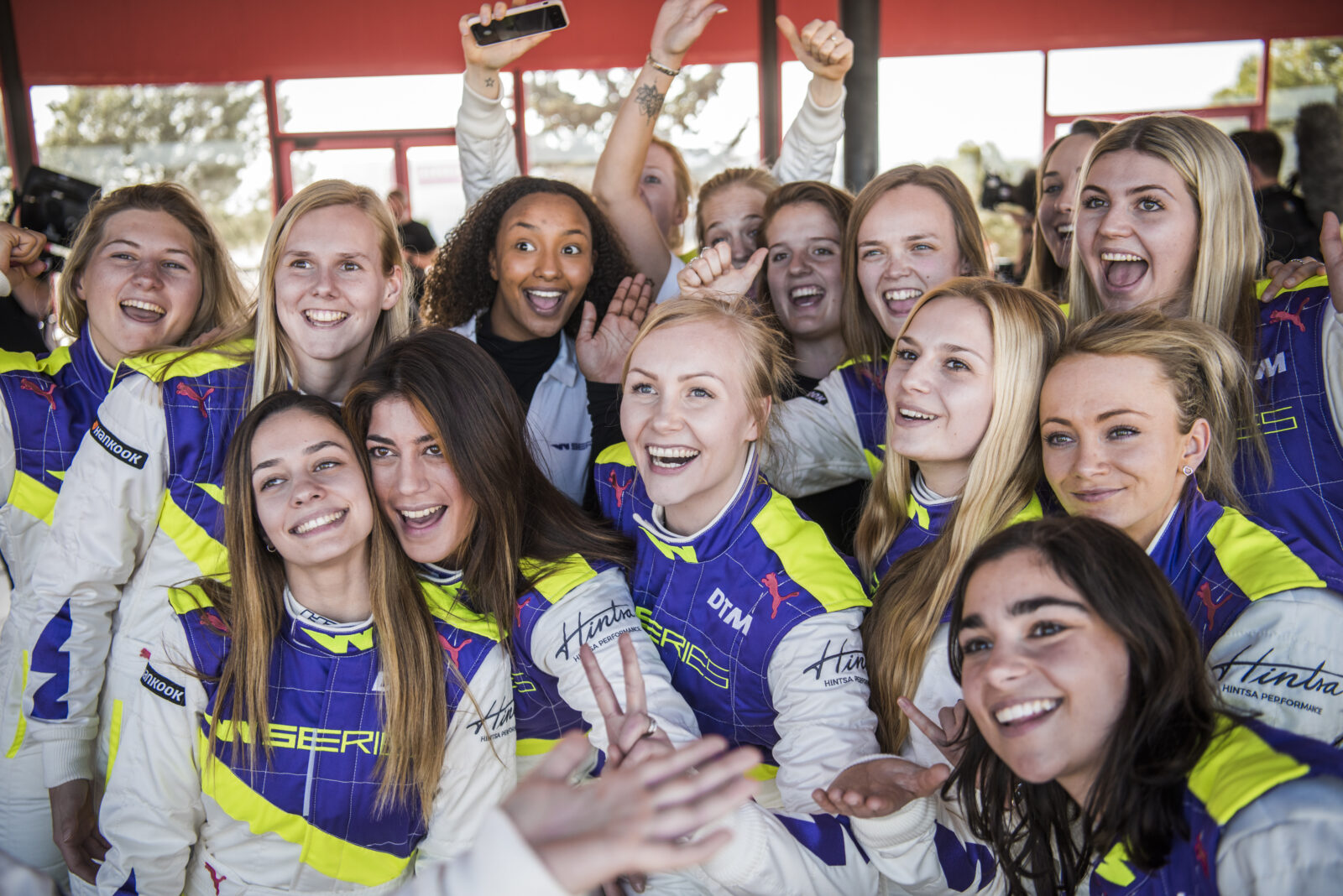 Women on the Grid at USA Grand Prix

THE W SERIES CHAMPIONSHIP reaches its climax at the Circuit of the Americas this weekend as 20 of the top women racers in the business line up to decide who is the very best of the best.

One of those is 24-year-old Caitlin Wood, the first Australian woman to ever compete successfully on the European stage full-time in circuit racing – and the only Aussie in the series.

Now driving #20 for the Puma race team, she’s battling for a strong finish in the W Series championship – a support category for eight F1 events this year, including the weekend’s final races at the USA Grand Prix in Austin, Texas.

The top eight finishers in the double-header at COTA earn a career boosting automatic right to race in the series in 2022.

British drivers #27 Alice Powell and #55 Jamie Chadwick lead the championship heading into the final, with Finland’s #7 Emma Kimilainen in third.

“So many people have influenced and inspired me in Motorsport over the years, but one of them would have to be Leanne Tander – she is an Australian racing driver who has been an amazing mentor for me over the years.

“Racing a F3 car has always been a goal and I would never have been able to do that without W Series, which also gave me the chance to race on a huge platform against a fantastic grid of girls who all pushed each other so hard.”

The talented Aussie began her professional motorsport career in 2013 in a Formula Ford, and has raced in the GT4 European Series, the Blancpain Sprint and Endurance Series, and the European Lamborghini Super Trofeo.

For the past three years she has lived in the UK with husband Matt. And when she isn’t racing, she’s a race instructor (and has recently restored a BMW E90).

W Series is a free-to-enter championship, launched in October 2018. It provides equal opportunities for women and eliminates the financial barriers that have historically prevented them from progressing to the upper echelons of motorsport.

Drivers are selected purely on their ability and the series’ cars are mechanically identical which, promoters like to stress, means races and championships are won by the most talented drivers, rather than those with the wealthiest backers.

Formula One this week returns to the Circuit of the Americas circuit in Austin, Texas, after Covid canned last year’s USA Grand Prix.

Since then 40% of the 5.513km track has been resurfaced and Pirelli has opted for the same choice as two years ago – the middle of the P Zero range C2 White hard, C3 Yellow medium, and C4 Red soft.

COTA is renowned for containing “a bit of everything”, with the layout having been inspired by different corners from some of the most famous tracks in the world.

Texas weather is unpredictable now and, with some rain forecast for the weekend, drivers should be well suited following recent conditions in Europe.

Pirelli’s F1 boss Mario Isola reckons Austin is one of the most demanding tracks of all in terms of lateral energy, with several high-speed corners between 250 and 270kph in the first sector and lateral forces up to 4.5g (especially in Turn 6, for three seconds).

•             One of the most unusual features about COTA is the distinctive Turn 1, which is an uphill left-hand hairpin. This makes it quite hard to judge the braking point – especially at the start.

•             The Circuit of the Americas hasn’t been used extensively recently, which should lead to quite a ‘green’ track at the beginning of the weekend. However, Formula 4 and W series are on the menu (rather than Formula 2 or Formula 3) so this means a high degree of track evolution as more rubber is laid down.

•             The winning strategy in 2019 was a two-stopper (medium-hard-medium) from Mercedes driver Valtteri Bottas, while his team mate Lewis Hamilton finished second with a medium-hard one-stopper. All three compounds played an important role during that race.

Every Element of Strategy will Count

“Although the teams have quite a lot of experience of Austin, this year they face a track that has changed a bit compared to 2019, when we last raced here.

“Due to COVID-19 restrictions we were not able to send our personnel to analyse the new asphalt, so its characteristics are a question mark for everyone and we’re only discovering the final effects on tyres and car performance in general now we’re here.

“As usual, the tyre nomination was done based on data obtained before the last race, with the compounds in the middle of the range well-suited to the circumstances.

“With the championship battle so finely poised as we enter the final few races of the season, it’s clear that every element of strategy will count – as we saw in Turkey.”

18” Tyres Tested Halfway Around the World!

Pirelli has completed its mammoth testing programme for the 18-inch 2022 compounds. When the new generation of F1 challengers was delayed by a season until 2022 so were the upgraded tyres, giving Pirelli another year to work on them.

The current 13-inch specs are to make way for the 18-inchers, and 28 days of on-track testing has gone into developing them. Alpine reserve driver Daniil Kvyat was at Paul Ricard, home of the French Grand Prix, to put the prototypes through their final paces last week in a wet-weather test.

Pirelli say 4267 laps were driven on 30 different physical specifications which made it onto the track. A total of 392 sets were used.

As for the distance covered, Pirelli put that at 20,000 kilometres or nearly “half the earth’s circumference”!