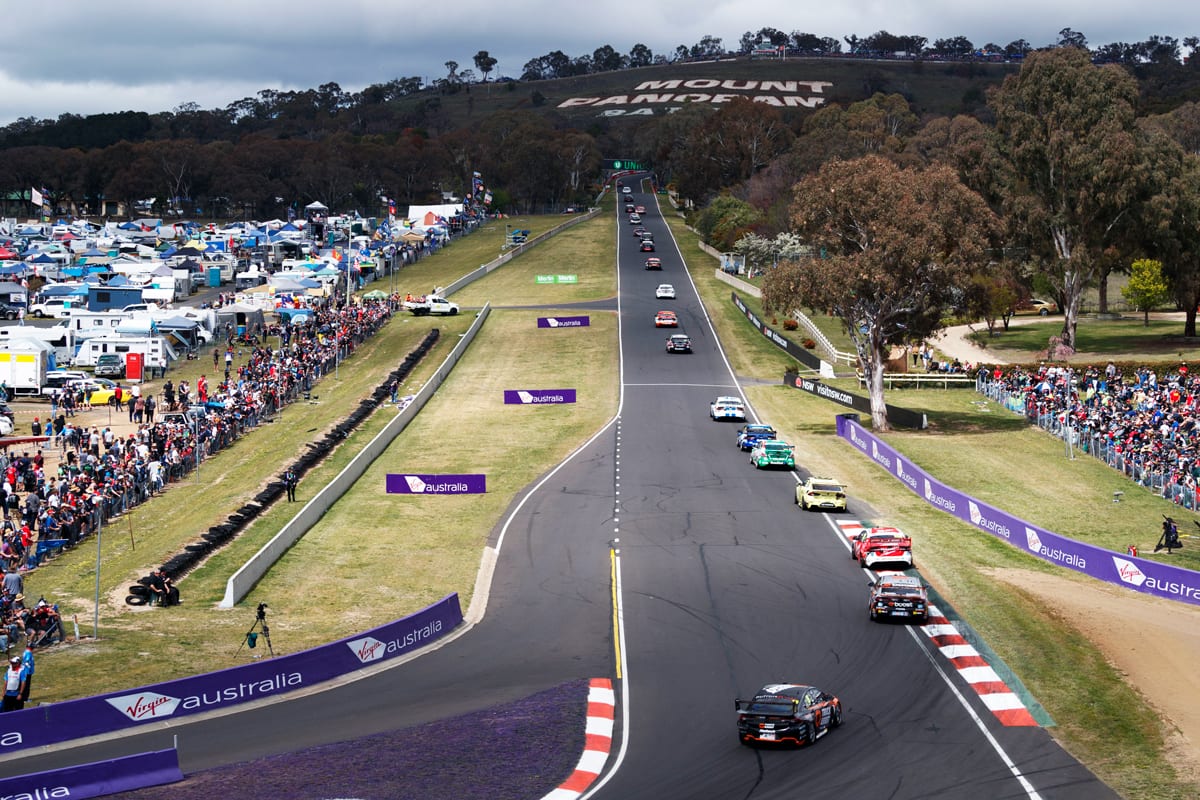 The 29-year-old Rossi has notched seven IndyCar victories including, on debut in 2016, the famed Indianapolis 500!

Tickford Racing’s Chaz Mostert this week celebrates his 200th Supercars Championship race start at the Supercheap Auto Bathurst 1000. He and Paul Morris conquered Mount Panorama when they claimed victory in that dramatic 2014 race.

And this year will see Ford Mustangs back for the first time since 1986.

You might recall, back in 2011, when Craig Lowndes and then Formula One world champ Jenson Button swapped cars in the only time, I’m told, a modern F1 has raced around the mountain. The Brit also clocked the fastest ever lap of 1m:48s, in a McLaren MP4-23.

That race also marked the third consecutive year the Commodore driver had set the fastest lap of the Bathurst 1000. Only Mark Skaife has set more, four – from 1990 to 1993.

A mix of frightening proportions

For mine – as television spectacles I hate to miss – Bathurst ranks with the Australian F1 Grand Prix, State of Origin, the NRL grand final, the Bledisloe Cup, the Superbowl.

And the AFL grand final (a blinder for me when the Eagles won in 2018, but a tad disappointing this year when they didn’t make the grade).

One year, I even watched the Mount Panorama action on satellite in Tortoreto, a tiny town midway down Italy’s Adriatic Coast, and encouraged a small army of fans (well, about a dozen) to watch. Their English was ordinary, my Italian was woeful. But I just know they’ll be up watching on Sunday, in the early hours in Europe.

BTW, the last time the pole-sitting car went on to win the race was in 2009 when Garth Tander and Will Davison scored for the Holden Racing Team.

This is the 59th running of the event and it’s now 28 years since a Safety Car was NOT deployed during the Bathurst 1000!

The race starts at the civilized time of 8:30am WST on Sunday October 13, 20 minutes later than usual – evidently to “maximise the afternoon sunlight” (should Bathurst so oblige, which it may well not do with rain forecast Friday and Saturday. However a cloudy 17C race-day could prove ideal). Both Network Ten and Fox Sports will cover the Great Race from go to whoa.

The Dunlop Super 2s, ECB SuperUtes, Toyota 56 Race Series, Touring Car Masters and the Porsche Carrera Cup support the Supercars this weekend, with Perth’s Jordan Love keen to emulate his performance last year with the Sonic Motor Racing team as the youngster thundered his #777 around the mountain.

The 19-year-old’s form since his accident in Darwin midyear has been exceptional and puts him right on the hammer of the #100 Porsche of teammate and championship leader Dale Wood. The fun gets underway early Thursday.

The link below should take you to the event’s full schedule: