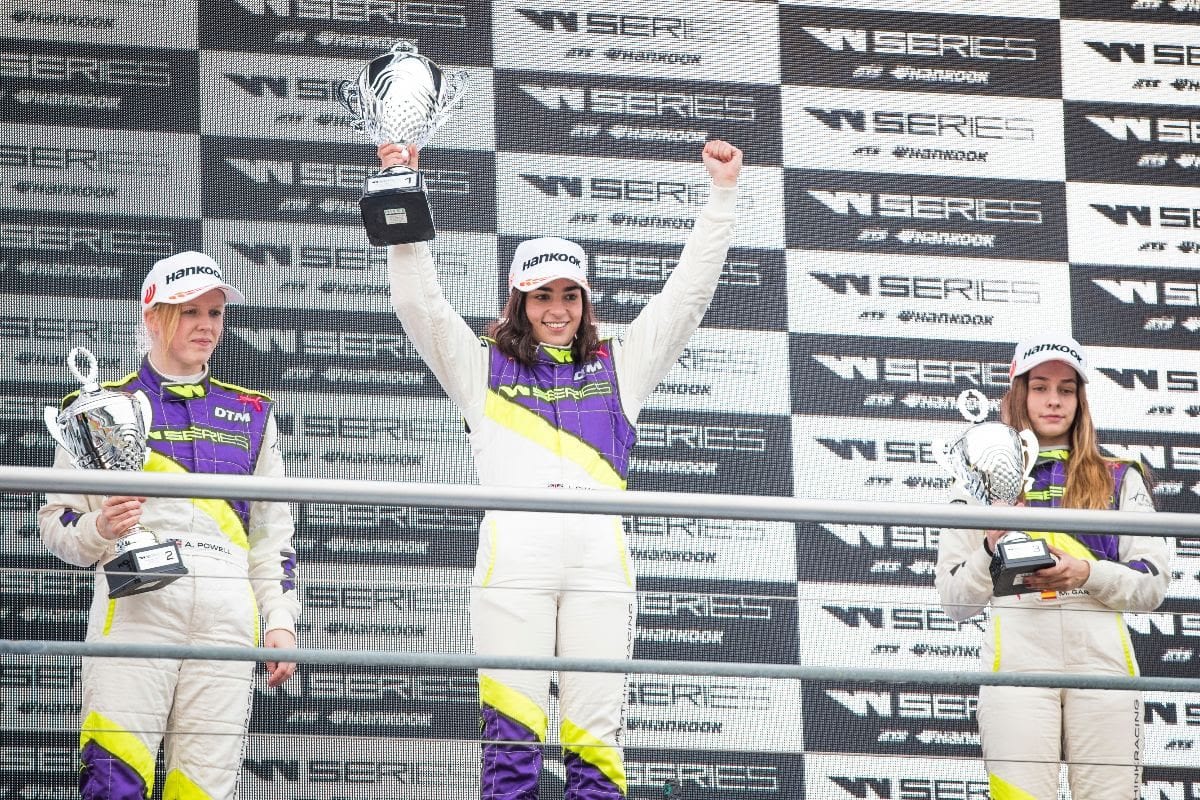 “I see it as a huge, huge moment. As a driver it makes no difference but as a person, and as a female in motorsport, I think it’s incredible,”

The victory completed a dominant two days for 20-year-old Jamie who blitzed Friday’s practice and started on pole.

Jamie received her trophy from South African Desiré Wilson, who made history of her own in 1980 by beating a field of men to win a non-championship British Formula One race at Brands Hatch.

Aussie Caitlin Wood (right) from the NSW district of Manning Valley, finished 10th in the 18 driver field. She is the first Australian woman to compete successfully on the European stage full-time in circuit racing. Caitlin credits fellow Aussie racer Leanne Tander, wife of Supercars champ Garth, as the “most influential and inspiring” in her brief career.

Remarkably, Alice who started in sixth place, was taking part in her first single seater race since 2014, with her career stalling due to a lack of funding. None of the drivers in W Series have to pay to compete.