WASCC Racing back at Wanneroo 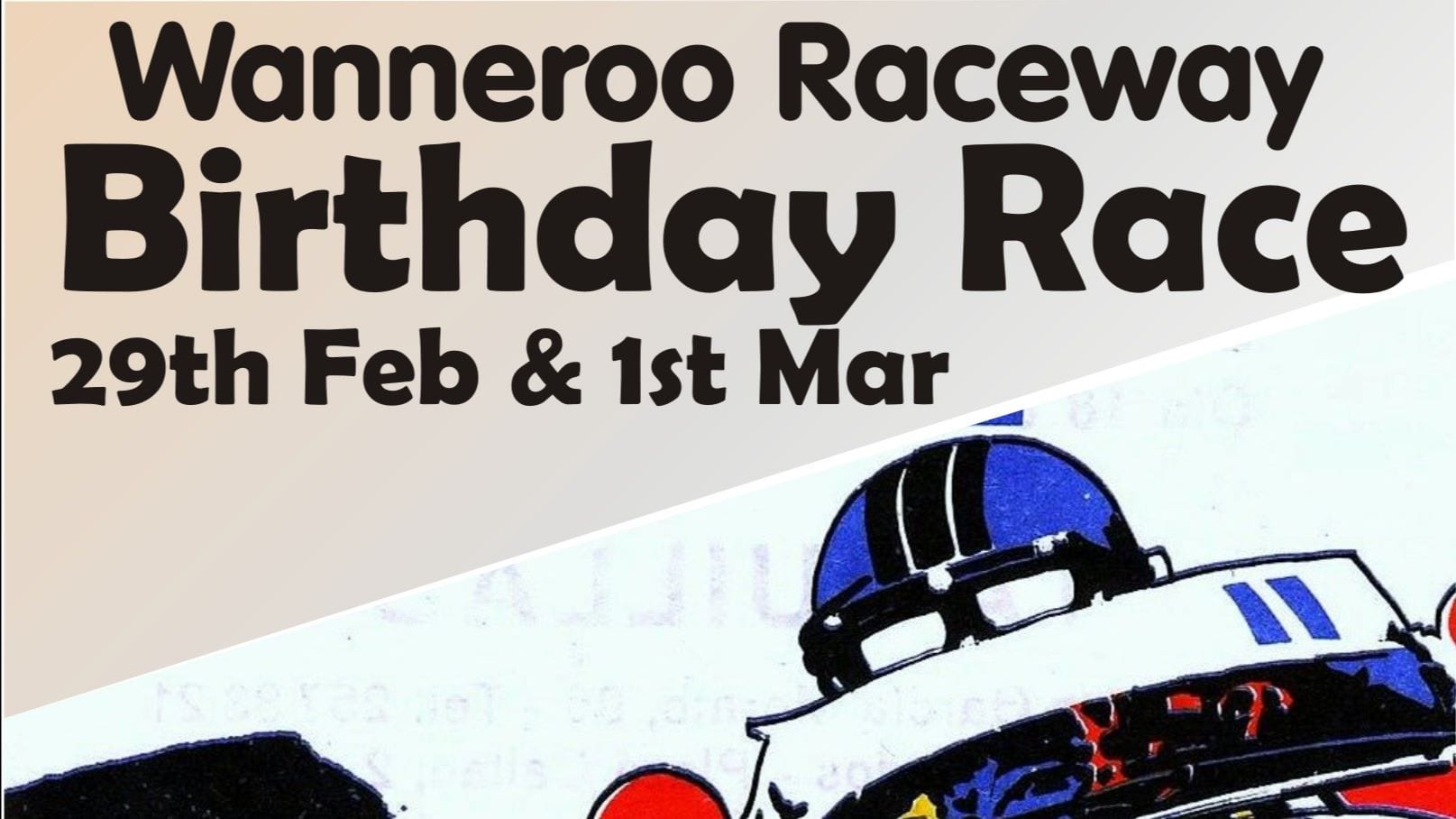 The West Australian club motor racing season fires up to a great start this weekend with the first two-day event for 2020. The WA Sporting Car Club promises a full-on festival of circuit power at the State’s premier venue, as it celebrates the raceway’s 51st birthday.

Gates Open 7am with full-on racing from 9am both days. Check out the spectator guide and timetable here:

Entry is just a gold coin (proceeds straight to charity) for a bumper weekend of racing and entertainment both Saturday and Sunday – simply park on the hill and don’t miss any of the action.

???? Bus rides around the track on Sunday

???? Grid walks on both days open to all

The programme includes the very quick Formula 1000s on Sunday!

Father and son racers Tim and Ben Riley are campaigning their super special Honda Integra in the Improvement Production field for the first time at Wanneroo.

The car has a quite remarkable pedigree

Honda produced the DC2 Type R for homologation purposes to meet FIA certification requirements of the motor and the chassis changes to make the car more competitive in N-series and World Cup racing.   And lost money on every single vehicle sold!

In 2000, the Japanese company provided 12 race-prepared DC2 Integras for a “one-off” support race – known as The Young Guns – at that year’s Gold Coast Indy 300.

“Our integra is one of those 12, and anecdotal evidence suggests ours is actually the one driven by Marcos Ambrose who went on to win the race,” according to Tim Riley.  “That led to a career in V8 Supercars for Marcos and back-to-back Supercar Championships, before the Aussie headed off to further his career in the USA.”

Watch the action video below of Marcos Ambrose and the Integra DC2 Type R from that Gold Coast race 20 years ago!

In ensuing years, the car moved from the Gold Coast to Darwin, to Canberra, then Sydney where it scored the 2009 IPRANSW Championship with Jordan Cox at the helm. Jordan recalls the car’s weakness was engine reliability.

“Around 2013, engine reliability issues were overcome, but the only solid information we have is the car broke the Bathurst lap record in 2016 for Improved Production Under 2L cars (2:27.979), but didn’t finish the race!”

Check out the video below of Harrison’s brave move around the outside at 195km/h at Sydney Motorsport Park November 2019.

This was the Honda’s last race before Tim and Ben bought the car, preparing the Integra Type R for its WA debut this weekend as Riley Racing Team’s Tribodyn 2020 during Wanneroo Raceway’s 51st Birthday celebrations.

The Integra will be piloted at Wanneroo by Ben Riley, a 38-year-old ex-cop turned pipeline security agent,. He has moved from an open-wheeler Formula Vee and superfast F1000 to a tin-top Honda with an extraordinary history!