“We deserved a better outcome!” 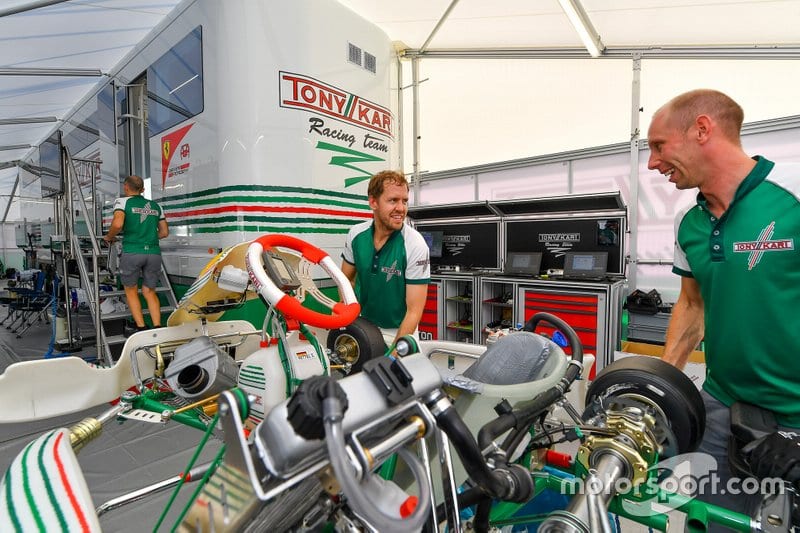 All KYM ILLMAN‘s stunning images may be downloaded digitally from prostarpics.com. All I know about the lady (above) is she’s delightful and she was at the F1 in Singapore!

DANIEL RICCIARDO simply can’t take a trick these days. It must be a struggle to maintain that iconic beaming smile, with all his woes particularly in the brutal conditions of Singapore where he drove so well, for zero result.

He was stitched up in the stunning island nation. He was done like a dinner before the race started, after his eighth fastest in Qualifying gave him a fair chance of a decent swag of points.

Then, out of the blue, he copped a severe blow that saw him penalised and shunted to the back of the grid.

His crime? The FIA Stewards panel had discovered a spike in power from the MGU-K his Renault R.S.19 during Qualy 1!

The penalty? Exclusion from the Qualifying session.

Dan’s race was “ruined” before he even crossed the starting line.

According to Renault, the Perth gun gained “only one microsecond” from the spike that exceeded the power limit of 120kW. And it wasn’t even his fastest lap, so had no bearing on Q2.

It meant that the charming West Aussie started from the rear, finishing 14th position after a seesawing ride around the spectacular Marina Bay Street Circuit. He dropped from eighth to ninth in the drivers’ championship.

Punish the Constructor, not the Driver!

Fact is why penalise the driver? If the tech regs are breached, surely it’s the constructor’s fault and the penalty should be heaped on their broad shoulders. Take points off them. They’ll be very wary in the future.

Problem is, as F1 guru Ross Brawn knows only too well it’s no easy task to get the owners to accept penalties against themselves!

Former champ Damon Hill made a telling comment during the Singapore telecast about the relationship between teams and the pilots when he said: “It’s all about Ferrari, not the drivers!”

That could well apply the length of the Pit garages.

Sebi serves up a Blinder

Meanwhile all power to Sebastian Vettel who drove the lights out to win an exciting Singapore F1 Grand Prix, his first in more than 12 months.

“I mean, qualifying’s everything here so I’ve basically flown halfway around the world for (nothing). They’ve wasted my time now.

“But then kind of doing this, it’s kind of going against everything they’re trying to get from the sport.

“I mean, treat it like a track limit – you know, if you go off the track, delete that lap – but don’t take the whole qualifying away.

“I’ve been stitched with that one, but I hope, moving forward, they cannot stitch anyone else because it’s too harsh for what the penalty is and, I don’t know, fine us or something.

“It was a long one today and it’s a shame it ended up like that.”

Knowing Daniel Ricciardo, he’ll have shoved Singapore to the back of his mind and be in a much more comfortable space as he heads to Sochi for this weekend’s Russian Grand Prix.