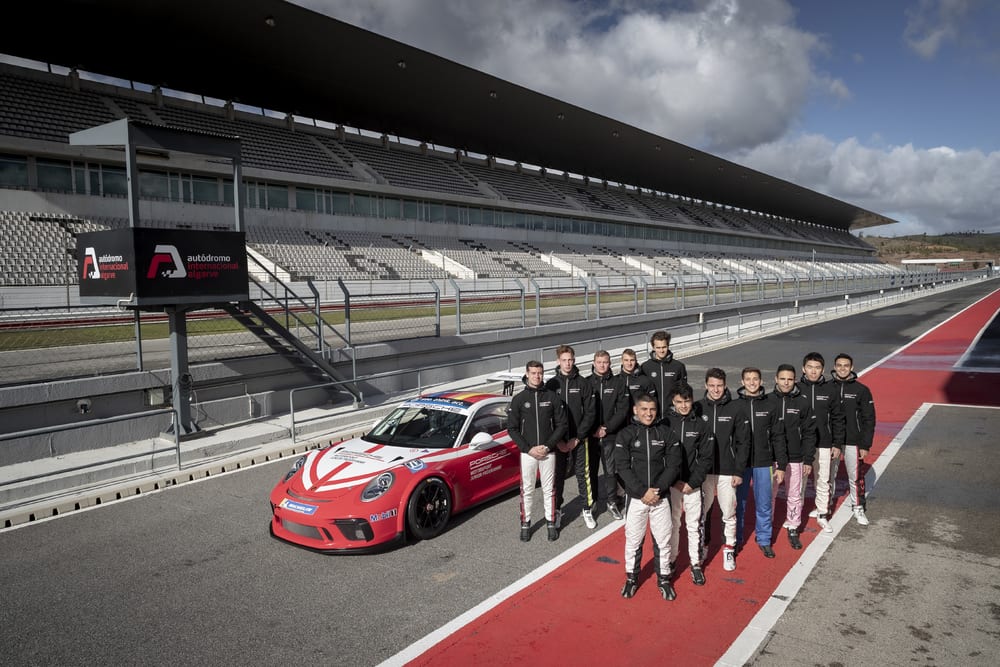 A Sweaty Wait for the Answer

WA’s JORDAN LOVE, the 2019 Porsche PAYCE Carrera Cup Australia Champion, is one of 12 young hopefuls from across the globe sweating bigtime during the next week or so to hear who among them will emerge as 2020’s Porsche Junior.

The racing drivers – all under 23 – took part in a three-day selection programme which ended yesterday at the Autódromo Internacional do Algarve in Portimão, Portugal.

To even achieve that exalted place on the grid, they each know they’ve displayed outstanding performances in their respective Porsche national one-make cups.

Along with the coveted title, the driver chosen by Porsche receives a comprehensive sponsorship package that includes 225,000 euros (AUD$365,000) towards next season’s Porsche Mobil 1 Supercup.

The sponsorship programme includes support from the former Porsche works driver Sascha Maassen, as a driver coach at all Supercup race weekends

In Portugal, the candidates demonstrated their prowess during a simulated racing weekend which included practice, qualifying and a race in the 485 hp Porsche 911 GT3 Cup car.

They’re judged on their driving skills, as well as technical understanding, interaction with the engineers, dealing with the media and physical fitness.

The successful candidate receives sports medicine and sports training-related mentoring from the University of Potsdam.

Media seminars and mental fitness training are also part of the instruction content on the path to becoming a serious professional racing driver.

And all Porsche Juniors are involved in integral marketing activities and PR appointments.

This is the same pathway taken by Kiwi Earl Bamber – who went on to win the legendary 24 Hours of Le Mans – and Aussie Matt Campbell, the 2016 Porsche PAYCE Carrera Cup Australia champion.

Jordan Love’s flight should touch down early Thursday morning in Melbourne, his current home. The new Porsche Junior will be announced early in December.

And that’s an awful lot of sweated bullets!