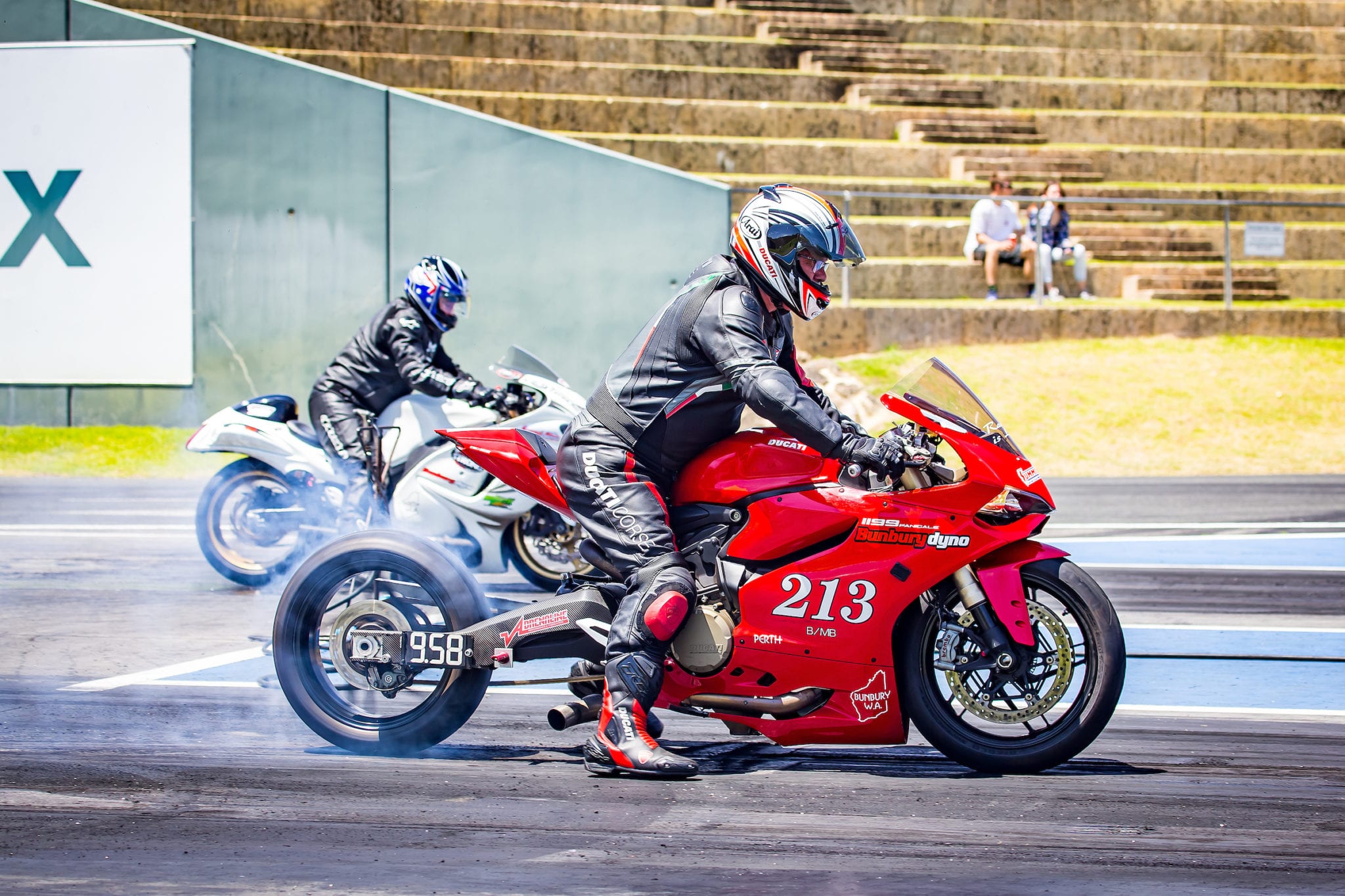 Tommy Turic, Zara Board and their families and crews . Image: Automotive Event Images.

Perth’s Zara Board has taken the Summit Racing Equipment Junior Dragster victory at South Coast Raceway yesterday in Portland, Victoria on the eve of  the first anniversary of her little sister’s passing.

Eight–year–old Anita Board passed away on November 12 of 2017 just days after her birthday (Nov 9) following a tragic accident at Perth Motorplex.  Her 13–year–old sister Zara, with the support of her parents Ian and Sonja, continued on in her beloved sport of Junior Dragster.

All season long Zara and her family have sported special team gear which bears the ‘Rainbow Dash’ My Little Pony character which Anita loved so much.   But for this event the family also had a special helmet made for Zara as they raced in Anita’s memory.

Anita Board, aged 8. Image: Sonja Board.

This was Zara’s first event victory, and there wasn’t a dry eye in the house when she crossed the finish line to take the win, as her father pointed to the sky from the startline as celebrations surrounded him.

“We couldn’t be happier and I would like to dedicate this win to Anita – I wouldn’t be here without her, Pony Power Forever!” Zara said during the trophy presentations.   “I want to thank Tommy Turic (runner-up) for such a close race in the final – it went right down to the extra digits.   I also want to thank all the track staff for helping us out, the volunteers, and everyone involved.

“I want to thank my mum and dad especially for all the effort to get us here for this weekend on what was our ‘two minute noodle’ budget trip, it was all worth it.   Also a special thanks to Jason Maggs and MPRINT Industries for my spectacular helmet, it is truly amazing, and for the stickers on my car as well.

“From the start I said I would win this event because this event was for her, I always knew I was going to win it.   Hopefully this shows the Minister how dedicated we are and it can somehow help racing in WA get back underway sooner, I am missing racing at home.”

(Round five of the 18/19 Summit Racing Equipment Sportsman Series, the Goldenstates, heads to Perth Motorplex on December 1.    For more information, please visit www.andra.com.au or www.motorplex.com.au )

For Ian and Sonja Board, Sunday’s win was a truly special and overwhelming moment.

“I have to say thank you to the entire drag racing family for everything, the last year has been hell, but they have been amazing with their support,” Ian said.   “I want to say thank you to everyone that has helped us along the way, I am without words at the moment.

“I think Zara is the strongest 13 year old kid you will ever meet.   She makes us so proud.    There would have been a lot of pressure on her, not from us, but from within herself, to make her sister proud and she did so, so well.”

Zara Board, after her event win. Image: Automotive Event Images.

Sunday’s’s final day of the South Coast Nationals found winners for 10 brackets in what was round four of the 18/19 Summit Racing Equipment Sportsman Series.