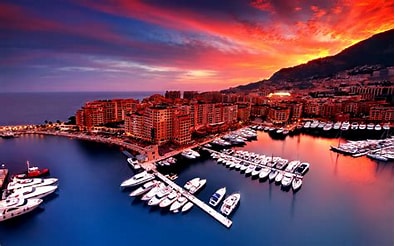 MONACO LOOMS as a serious test for McLaren after a dire performance at the Spanish Grand Prix has left Daniel Ricciardo and his team scratching their heads after a mysterious battle for grip.

The British team unveiled a series of significant upgrades for Barcelona and Team boss Andreas Seidl said all were working as expected.

“It wasn’t a good one today,” said a despondent Daniel Ricciardo post race. “I’d love to find something positive, but it was just a struggle from the start. I was slow, and I simply had a lot less grip than everyone else around me.”

Despite a race in which Daniel used four different sets of tyres to no avail, the Aussie slipped from ninth to 12th in Spain continuing his horror run this season.

It was a sad state of affairs, he said, with the fact that seemingly nothing was wrong with his car making it even harder to swallow.

“With the three stops, we had four chances on different sets of tyres, but we didn’t have the pace on any of them. I’m not really sure why, to be honest, so we’ll try to have a look and understand it.

“You hope that we find something that is like, ‘oh, that’s why’, because probably more concerning if we don’t.

“It wasn’t like a tenth or two tenths off. It felt like over a second at times – I don’t know that for a fact but I certainly saw the cars pass me and pull away very quickly.

“Obviously disappointed with how the race on Daniel’s car went,” McLaren’s Team boss said. “It’s something we need to understand because all the tyre sets we fitted today he simply struggled with grip, compared to all the other cars around him.”

By contrast, teammate Lando Norris went in the other direction salvaging eighth, before being diagnosed in hospital with tonsillitis!

Daniel now needs to regroup for the tricky confines of the streets of Monaco – where he famously won around the principality in 2018 for Red Bull.

And it seems Mercedes has been having more issues with porpoising.

It’s the softest boot in the range for Monaco

Just one weekend after the hardest tyres in the Pirelli Formula 1 range were selected for the Spanish Grand Prix, the softest compounds make an appearance for the most glamorous track of them all: Monaco. The C3 is the P Zero White hard, C4 Yellow medium, and C5 Red soft.

Monaco is just one of three circuits still on the calendar that originally appeared in the inaugural 1950 Formula 1 season. Unlike the other two (Spa and Silverstone) it hasn’t changed shape significantly since then, which equates to the lowest average speed of any track. And the precious little run-off, makes it notoriously difficult to overtake on.

The slippery street asphalt – which is opened up to traffic each evening – and slow speeds mean the energy going through the tyres is low, with minimal wear and degradation, but quite a high degree of track evolution each day.

According to Pirelli’s affable F1 Boss, Mario Isola, all this means that a one-stopper is the norm in Monaco, but there’s quite a wide pit stop window and the timing of the stops can be influenced by safety cars, which are very likely around the tight confines of the circuit.

The cars run a special high-downforce configuration for Monaco to maximise grip at low speeds, with combined grip generated both mechanically from tyres and aerodynamically from downforce.

This is obviously the first time that the new generation of 18-inch Formula 1 cars has raced at Monaco though, so the teams will have a lot to learn about how they react in these unique conditions, with the weather on the Mediterranean coast sometimes hard to predict at this time of year.

In fact, the prediction for Sunday is for thunderstorms and that should make it particularly spicy around these brutal streets!

Strategy at Monaco can make a real difference

“MONACO IS OFTEN DESCRIBED as one of the most unpredictable races of the year, but the truth is that qualifying takes on a particular significance as track position is key here.

“As a result, understanding how to maximise the softest C5 compound – which has only raced at one event so far this year, in Australia – will be a vital part of free practice.

“With the previous rule requiring drivers to start the race on their fastest Q2 tyre now abolished, we might see some different strategies this year, with some drivers picking harder compounds to begin the race to target running a long first stint, given the difficultly of overtaking.

“Others may choose a more traditional approach by starting on the softest compound, at a race where strategy can make a real difference.”

Aussies Jack Doohan and Calan Williams, sitting 10th and 18th, line up in Monaco with the softest available compounds: the P Zero Red soft and the Purple supersoft – the same as in 2021 and prior years, although the supersoft is a revised compound for 2022.

The drivers are split into two groups for qualifying on Friday, before the 30-lap sprint race Saturday afternoon, local time. The 42-lap feature race is on Sunday morning includes a mandatory pit-stop with drivers required to use both slick compounds if it’s dry.

It’s a top weekend of motorsport this weekend and you’re always welcome to Wanneroo Raceway – WA’s premier venue for the excitement of State Championship with its circuit racing programme, 28-29 May. The local drivers – both boys and girls – really do put on a great show for the crowd.

Kiwi gun Scott McLaughlin is setting himself for one of the races of his career, in front of some 300,000 expected for Monday’s (AEST) Indianapolis 500, one of the world’s greatest motorsport events. The three-time Supercars champion is enjoying his second IndyCar season and sits third on the championship standings behind Australia’s Will Power and Spain’s Alex Palou. He’ll be chasing fellow Kiwi and childhood hero Scott Dixon at Indianapolis Motor Speedway.

The famed Nürburgring 23h, with more than 130 entrants over the combined 25-kilometre Nordschleife and grand prix circuits takes place this weekend. Pirelli’s entrants will all use the latest-specification P Zero DHF tyre, on what is renowned as the world’s toughest racetrack with the most variable weather.

The fourth round of the World Rally Championship, Rally Portugal, took place last weekend with Pirelli’s Scorpion gravel tyres making their season debut on demanding stages close to Porto. The winner was Toyota driver Kalle Rovanperä, following a gala event before the start of the rally – to celebrate 50 years of the WRC.